Or, how to break up Kim Jong Un's dictatorship using an artistic propaganda.

On view from September 16, 2017 to October 14, 2017 at The McLoughlin Gallery, 49 Geary Street, San Francisco, in collaboration with Amnesty International and the Italian Institute of Culture, it will be not a conventional art exhibit. As a pioneer of the strongest irreverent digital art, Papeschi simulates to be an art curator who calls the masters (both live and dead) of modern/contemporary art - BANKSY, Marina Abramovic, Damien Hirst, Lucio Fontana and many others - to honor the dictator with Kim-side-specific revisions of their most famous masterpieces.

This exhibition is part of the multimedia project Welcome to North Korea that Papeschi has created with the Project Manager Flavia Vago and with the support of Amnesty International to make known the human rights violations perpetrated in North Korea.

Pretending to be the Ambassador of North Korea's propaganda, Papeschi has organized a fake sympathetic campaign for Kim Jong Un's dictatorship (www.welcometonorthkorea.org), that actually, it aims to show the regime horrors through a playful and satiric key.

The face of the leader is everywhere and it infects everything: art, TV, music and games.

Max Papeschi raises awareness about fundamental and difficult issues, in that way succeeding in something that only art can do: to make the world understand through emotions. Sometimes a laugh is worth more than a thousand speeches!

Welcome to North Korea Tour started in Milan on April 2016, it staged in several cities including Como, Turin, Paris. After S.F. it will go to Leipzig (Germany) on March 2018.

MAX PAPESCHI
After his career as author and director for theatre, TV and cinema, the Italian artist Papeschi began with digital art in 2008, obtaining an immediate success among critics and public. His Politically Incorrect art shows a globalized and consumerist society, revealing its dark side in a realistic and ironic way. He is one of the most renowned and appreciated artists in Europe and, in only nine years, he has shown his works in over 150 exhibitions, more than 50 solo-shows, in 17 countries on 3 continents.

In 2014 he published his biography with Sperling & Kupfer (Mondadori Group).

From April 2016 he's showing his cultural-humanitarian project Welcome to North Korea around the world in collaboration with Amnesty International. 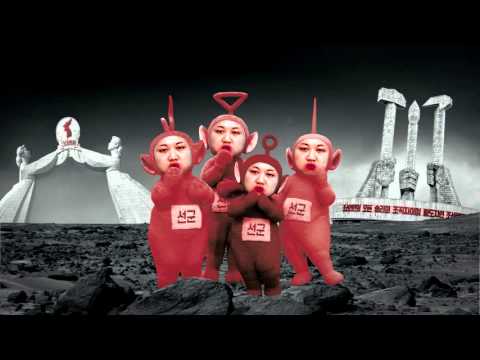 Video teaser of the project Welcome to North Korea

"North Park" an art-video of the exhibit The Leader is Present.