I wanted to bring my couture to life through music and art. It's taken 5 years to build my one-of-a-kind Mademoiselle French Collection.

BEVERLY HILLS, CA, March 01, 2018 /24-7PressRelease/ -- From the unforgettable weddings she's created to her luxury fashion collections, Victoria Napolitano has a proven track record of helping women feel beautiful. One of her most cherished lines is being showcased in a new film that will be shown at numerous international film festivals.

'Mademoiselle French Collection: A Haute Couture Film' was written and directed by Napolitano. The film features the lavish Mademoiselle French Collection, a custom made collection including stunning ensembles for women with impeccable taste. In addition, the new film showcases the Beverly Hills Lifestyle Pret-a-porter collection, a ready-to-wear line. Both collections are represented by a hand-picked on-screen cast of Hollywood professionals.

Emily Flosi was chosen from several professional vocalists to carry the film's main vocal roles. In 'Mademoiselle French Collection', Flosi sings "When the Music Played", a striking vocal piece by Lucy Simon (sister to Carly Simon). The lyrics were completed by Michael Korie and Amy Powers. Flosi's background includes commercial spots, choreography, and theater roles in titles such as "Seven Brides for Seven Brothers", "Beauty and the Beast", and "The Tempest".

According to Napolitano, "I wanted to bring my couture to life through music and art. It's taken 5 years to build my one-of-a-kind Mademoiselle French Collection."

The film is set to debut at various international film festivals, including International Fashion Film Festival Brussels. Only fashion films are permitted at this specific film festival, and Napolitano is thrilled to see her film showcased in the midst of the fashion industry's most notable names. 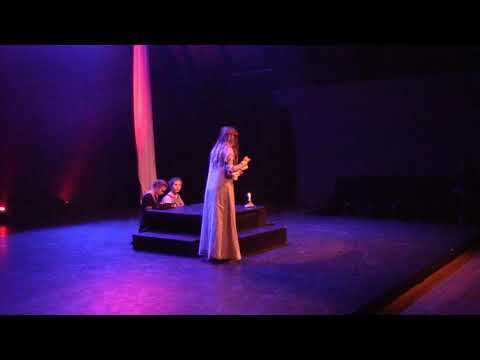