Respected international contest honors PATH to FREEDOM: My Story of Perseverance for its compelling life-and-death immigration story. The non-fiction, which reads like a novel, is in The Smithsonian.

A judge praised the book as "a captivating memoir" that "gives me another level of understanding of what Third World citizens have to go through to obtain freedom as an unconditional human right."

ORLANDO, FL, September 24, 2014 /24-7PressRelease/ -- West Point graduate and Guyanese American author, Conrad Taylor, captured a fourth award for his book, PATH to FREEDOM: My Story of Perseverance. It just won "Honorable Mention" in the Readers' Favorite 2014 International Book Competition, which attracted more than 3,000 entries. The contest holder will feature all award-winning books at the Readers' Favorite Winners' booth on the last three days of the annual Miami Book Fair. Taylor will receive his award in the Non-Fiction Military category at a November 22nd evening ceremony at the Regency Hotel Miami.

PATH to FREEDOM: My Story of Perseverance offers a ringside seat to the cultural trauma of emigration, the unique experience that is West Point, the personal side of Cold-War-era geopolitics, and the mayhem of Third World politics. The view is nostalgic for some, shocking to many, and enlightening for others.

A judge praised the book as "a captivating memoir" that "gives me another level of understanding of what Third World citizens have to go through to obtain freedom as an unconditional human right."

"I am honored and humbled," Taylor stated, "that a book critic, trusted for honest reviews by the likes of James Patterson, Nicholas Sparks, and the big four publishers, praised my book for educating him." He added, "I am pleased that my story is helping others see why immigration is a lifeline for so many."

PATH to FREEDOM: My Story of Perseverance has previously received the Readers' Favorite 5-Stars rating, the indieBRAG LLC B.R.A.G. Medallion, and the Florida Writer's Association Royal Palm Literary Award Silver Seal. The Smithsonian displays the paperback edition in its Anacostia Library Museum for its value as a reference on black culture and politics in the Western Hemisphere.

Conrad Taylor is a West Point graduate, multiple award-winning author, and Expert Advisor to C-level executives. The engineering undergraduate emigrated to the U.S. from Guyana, South America after stints in the military and business there. He holds a Master's degree from the Sloan School of Management at MIT and an Executive Management diploma from the Goizueta Business School at Emory University. An avid soccer fan, Conrad represented ARMY on an undefeated freshman team and in three NCAA playoffs. He assisted four youth soccer teams to State Championships. 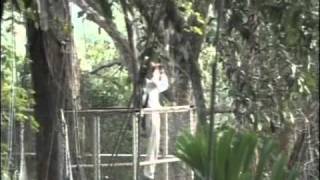