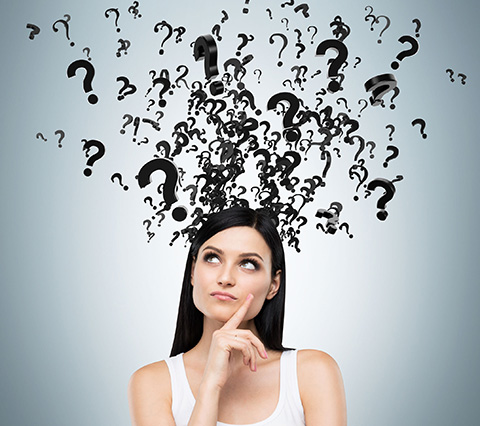 24-7 Press Release Newswire, with an A+ rating from the Better Business Bureau has been in the press release distribution business since 2004 serving all sizes of companies from "mom and pop" companies, right up to NASA, which uses our press services on a semi-regular basis. Over the years our experience has grown as we have answered customers' questions and completed research.

Although we have discussed the origin of the press release in a previous article (Some have said that within the United States, public relations as a profession was originally founded by either Ivy Lee or Edward Bernay, we didn't go into too many details about what happened after Ivy Lee or Edward Bernay first used it, and what are the roles of people who typically submit a press release.

Prior to the Internet, the way to distribute a press release was either through the mail (printed documents) or through newswire services. There were only a few wire services available, including PR Newswire, which was founded in March of 1954. 24-7 Press Release Newswire uses PR Newswire as one of their press release service partners on its Mass Media Visibility package. PR Newswire was purchased by UMB plc, a global business to business events organization headquartered out of London, England.

Another interesting fact is that in 1971 the Western Union Company, which was the provider of the telecommunications lines and tele-printers to PR Newswire, purchased the company. In 1972, electronic terminals were introduced for copyediting. It was not until 1978 that the Associated Press (American multinational non-profit news agency which is headquartered out of New York City, formed in 1846) computerized message handling and its transmission platform was embraced.

One could argue that compared to one hundred years prior, the methodology used to distribute a press release was significantly different from today. In the earlier days, distribution was simply a paper based method. This eventually changed to include wire services and facsimiles, also known as faxes, plus eFax, or tele-copying over transmission.

Distributing a press release via fax meant that you would print your press release and then electronically fax your press release to the phone number of media outlets that had a fax machine attached and ready to receive information. These were dedicated phone lines. Workers at the office would continually monitor the fax machines and pick up the piles of paper and place for review by editorial.

You could also include images to enhance the press release, even though the images were not of the best quality. Before the Internet was as easily accessible to the public as it is today, a PR company could have a list of radio, television or newspaper outlets to which they would fax a story. The stories would typically follow a set press release format that only those who were familiar with the journalism industry would understand. This created a bit of a barrier for those not familiar with the structure of a press release--they would typically pay someone to write it in press release format, then send it to a select number of journalists who cover their industry. This was a good business opportunity for marketing and communications companies who had the expertise to write good releases and for those with in-roads in the journalism industry who knew some of the journalists. If you weren't as familiar, it could be tricky because journalists over time move, get promoted, etc. and you could lose contacts if you are not in the thick of the industry.

Shortly after the Internet became a hit and became adopted by the general population, online press release distribution services emerged, like 24-7 Press Release Newswire, which was founded in 2004 and which in a recent posting at The Business Journals, was recently recognized as a top press release service by AdvisoryHQ. Other press release services soon evolved, bringing on more competition, lower prices and easier accessibility to businesses.

Effective press release distribution in today's world is more sophisticated because of integrated technologies like email, wire services (like 24-7 Press Release Newswire), social media, posting to websites and of course the integration of content marketing with press releases.

Where Does Timing Come into Play?
24-7 Press Release Newswire decided to drill down and uncover further details on an already popular article we published about distribution of you press release over the holidays.

What is the best day to distribute your press release over the wire and share it on social media? This is a question that 24-7 Press Release Newswire faces nearly weekly, and is all too familiar with. Here is what we've learned: The best days to distribute a press release to the media are Tuesdays, Wednesdays and Thursdays. This is because typically on Fridays, many individuals--both journalists and their audiences--may take an extended weekend off, particularly in the summer. Mondays are usually spent as a catch-up day, particularly if there are any fairly significant events that have happened over the weekend, and so journalists won't be looking for new story content as much as they do on Tuesday, Wednesday and Thursday.

As far as the time of year is concerned, we do see a bit of cyclical activity. We might see a little bit of a bump in the second week of January, after holiday reporting has been completed. However, things will typically remain flat until around mid-March. Press announcements then tend to pick up in April, May and June, with another ease-off in July and August (many people are away on summer vacations, etc.). Then, there is another bit of a pickup into September and October and the first couple weeks of November, and another cool down as the Christmas season approaches, from the end of November to the end of December.

In a previous posting titled "Your Press Distribution Plan and Timing Over the Holidays - Tips from 24-7 Press Release Newswire" (the link is above), we further discussed taking advantage of time when larger, more prominent businesses are not stealing the spotlight in the news. This timing may help you plan your distribution strategies. As a press release service provider that has been immersed in the industry for over 13 years, 24-7 Press Release Newswire has noticed that some smaller businesses effectively take advantage of what appear to be slower news periods for the bigger companies.

When social media posting a press release, it is ideal to catch your audience of journalists when they are accessible--much easier said than done. Let's take a look.

For instance, according to coschedule.com's article, were you aware that 50% of the U.S. population is in the Eastern Time Zone; and that both the Eastern and Central time zones together represent nearly 80% of the entire US population? In short, that means if you are in Seattle, Washington and post to social media about your press release at 9:30am, it is a time when 50% of people are potentially at lunch, with another 30% thinking about leaving for lunch or taking an early lunch.

Let's look at the information from coschedule for the best posting times on various social media.

Facebook - For posting to Facebook, it is more effective to do it later in the week in the afternoons, and on weekends. The best time on the weekends is between noon and 1 p.m. On Thursday or Friday, the period between 1pm and 4pm is most effective. On Wednesday, 3pm is the best time. In general, for any day of the week, 9am, 1pm and 3pm are the most active times for likes and shares.

Buffer, initially released in January 2010, is a tool that you may want to consider working into your workflow to help manage your social network accounts, particularly if you are using it in conjunction with a press release service (https://en.wikipedia.org/wiki/Buffer_(application)). It was designed by a group of ex-patriots from Europe, and included Joel Gascoigne and Leo Widrich. By May 2017, the team had grown to a total of 75 people working in 50 different cities around the world. Buffer has demonstrated that engagement rates are increased by 18% on Thursdays and Fridays.

Twitter - If you are not familiar with Twitter, you should be. Twitter is an online news and social networking service with a user base that posts messages called 'Tweets' that are limited to 140 characters. Twitter is over 10 years old and was developed by 4 individuals including Jack Dorsey, Biz Sone, Noah Glass & Evan Williams. Twitter is publicly traded on the NYSE under TWTR.

So when is the best time to send out a tweet? Particularly if it is about a press release? Wednesdays at noon, or Monday through Friday from 12pm to 3pm.

LinkedIn - A platform that is mainly focused on business and employment was founded December 28, 2002 by Reid Hoffman, Allen Blue, Konstantin Guericke, Eric Ly and Jean-Luc Vaillant, according to Wikipedia.

Because LinkedIn is a top business social hub, 24-7 Press Release Newswire recommends posting your press release on LinkedIn to help increase your online visibility. So, what is the best time for posting? Midweek is optimal, and Tuesdays between 10am and 11am is a hotspot. Other popular times are Tuesday through Thursday, 7:30am to 8:30am, noon, and 5pm to 6pm. Forbes typically advises between 8am and 5pm on weekdays.

What is the Best Press Release Service?
24-7 Press Release Newswire is frequently asked, during comparisons, what makes it the best press release service provider, in our opinion and how is our distribution different or better than other companies?

This is a perfectly fair question to ask by anyone doing research. We typically advise our customers that, based on the feedback we receive from our clients, although we may not have the most thorough distribution, the distribution that we do provide at the price point provided is the best bang for buck in the industry. 24-7 Press Release Newswire services makes your stories available through the AP Exchange and AP WebFeeds, where stories are made accessible to more than 30,000 journalists at publications across the globe. Stories are also distributed to top US papers including The Wall Street Journal, The New York Times and USA Today, along with RSS feed subscribers, our media desk for journalists and websites.

For those not familiar with The Associated Press, it is an American multinational not for profit news agency out of New York City which operates as a cooperative, unincorporated association. In fact, the Associated Press is owned by its contributing newspapers, radio and television stations in the United States and was founded in May of 1846.

24-7 Press Release Newswire service focuses on where we can send your news to help increase your visibility and get traction for your stories.

In review, the ultimate success of a press release is based on how well it is written, and perhaps a little bit to do with timing. We have mentioned that there are ups and downs when press releases by major companies go out and sometimes taking advantage of their slow news periods can be beneficial. Do keep in mind that sometimes journalists also go on vacation or are busy covering seasonal news, like the Christmas and New Year holidays. Following up with your social media is also an excellent way to help increase the online visibility of your news. Don't forget to also keep up the frequency of your news--but only when you have a story that is worth sharing! Don't send a press release out just to send a press release out.