The Next Michael Crichton? New Award-winning Author, Rudy A. Mazzocchi, Climbs the Charts with a Writing Style beyond Mainstream Fiction

"All things truly wicked start from an innocence." - ERNEST HEMINGWAY

ORLANDO, FL, March 04, 2014 /24-7PressRelease/ -- Despite many readers having warned that these bold novels are not for the "faint of heart", these controversial thrillers have received numerous literary awards and achieved the highest 5-star ranking reviews on Amazon in this highly competitive genre.

Now known as "The EQUITY Series", Mazzocchi reveals true-to-life topics in the challenging areas of medical ethics, the role of venture capitalism, the business of abortion, human trafficking, mind-control, the international organ transplant market, and exposes many of our deepest, darkest fears... all within powerful tales of intrigue and adventure.

With an endorsement on the front cover by International Best-selling Author, Dr. Robin Cook, the bold new novel by Rudy A. Mazzocchi, EQUITY of EVIL, has leapt to the top of the Amazon charts of Medical Thrillers based on Average Customer Reviews. Three literary awards, including the 2012 Global eBook Award for Best Suspense Thriller, further enhanced the brand recognition of this new author. To meet the demands of his growing fan base, Mazzocchi quickly followed with the release of his second novel, EQUITY of FEAR that included the same level of suspense, intensity and international intrigue. Books ONE and TWO of this trilogy highlights a heroic main character, Roman Citrano, who boldly navigates the reader through these controversial thrillers that combine both business and medical science based on true events and/or current technologies under development behind closed laboratory doors throughout the world. A third novel is underway, to be entitled EQUITY of LIFE while screenwriters consider how best to bring the series to the big screen.

Synopsis of EQUITY of EVIL:
A Venture Capital Fund makes a risky investment to start a challenging new business that appears capable of reaching profitability with modest capital requirements. The real challenge: optimizing one of the most frequently performed surgical procedures in the World - Abortion.

Founding Partner, Roman Citrano, a successful entrepreneur-turned-venture capitalist, struggles with what he believes is his choice to establish the controversial new company. He soon realizes that he and others are but pawns on a massive, ugly chessboard being manipulated to benefit a far larger, illicit market in human organs for transplantation. Unknowingly, prime, hyper-enriched organs are spawned from the aborted fetuses and grown like hydroponic vegetables.

Based on true events, this debut novel involves some of the world's oldest, most emotional and controversial issues. At the core of each matter is man's predisposition to control and take ownership of the human spirit for the sake of profit and personal gain... such is the dark and brutal new world where life becomes the equity of evil.

Synopsis of EQUITY of FEAR:
Researchers and scientists in the U.S., Russia and Japan compete in a new technological race to control fear and pain in the minds of the world's populace. At first the race is rooted in purely scientific ambitions, such as that of space travel or in the era of the industrial revolution, but it evolves into something much more sinister.

Dr. Frank Moretti, CEO of Recon Innovations, is among the founders of such new technologies, designed to help millions of patients eliminate irrational fears of flying, heights, insects that buzz, the darkness of night, or even death. Recon has further developed a neuroplasticity program that successfully re-wires the brain to restore memories in patients suffering from stroke or Alzheimer's Disease.

Despite words of caution from Roman Citrano, member of the Recon Board of Directors, and no stranger to the insidious intentions of other forces at work beneath still waters, Moretti pushes forward with plans to license the technology to competing countries. Such attempts take a dark and rebellious turn in which both Moretti and Citrano are drawn into a quagmire of international intrigue and ugliness. Here is yet another dark world where scientists experiment on orphaned children rather than rhesus monkeys, where torture and pain become just another set of data points and lives are discarded for the sake of owning the ability to control how man perceives and processes fear.

Rudy A. Mazzocchi is known as a medical device and biotechnology entrepreneur, inventor, and angel investor, with a history of starting new technology ventures throughout the U.S. and Europe. He's been privileged to have the opportunity to see the newest innovations in healthcare and work with some of the most brilliant researchers, scientists and physicians in the industry.

Combining these experiences and opportunities, with thousands of hours of travel and long evenings in hotel rooms, he found the initiative to start writing a collection of medical thrillers based on true events, known as The EQUITY Series. The first book of which is entitled "EQUITY of EVIL" (released March 5, 2012), and the second entitled "EQUITY of FEAR" (released March 25, 2013). Mazzocchi has since then also released his first non-fiction book, "STORYTELLING - The Indispensable Art of Entrepreneurism", which has been ranked in the Top 100 Business and Entrepreneurism Books on Amazon since November 2013. 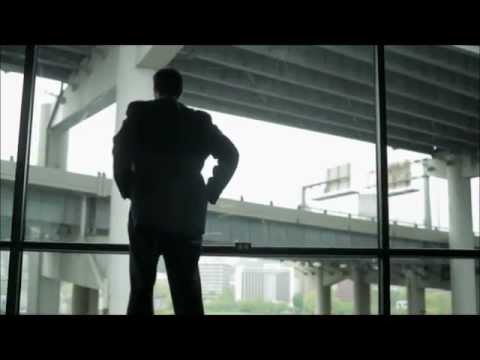