The Skill Gaming industry is one of the Internet's fastest growing segments and with this announcement, STUDIO 777 continues forward as a leader in this dynamic area.

NEW YORK, NY, October 29, 2014 /24-7PressRelease/ -- STUDIO 777 (CAPEX: FUN), the #1 Skill Gaming Nightclub, Mall and Resort in the Second Life virtual world since 2009, announced that Linden Lab, a division of Linden Research, Inc., has approved STUDIO 777 as an official Second Life Skill Gaming Program Operator ("SLSGO") and Sol Hermosa is an official Skill Gaming Region ("SGR"). In addition, the Company has joined the new Pi Games Tournament System and has added a Homestead simulator called STUDIO 777 which will be the home base for JOBSTAR Job Center, Ads-O-Matic Advertising and the STUDIO 777 Mall.

Linden Lab affirmed on October 27, 2014: "Congratulations! We are pleased to inform you that your application to become an Operator through the Second Life Skill Gaming Program has been approved."

"This is an incredibly exciting time for STUDIO 777," Luke Slingshot, CEO of STUDIO 777, commented. "We're grateful to Linden Lab for today's approval and continuing help and support, and to Stevan Lieberman, our Players, Team, Shareholders, Partners and Friends. In the four months since our IPO, in addition to expansion, the acquisition of Ads-O-Matic and our conversion to a Skill Gaming Region and Operator approval, we've also paid L$1,715,185 in dividends to our Shareholders. The Skill Gaming industry is one of the Internet's fastest growing segments and with this announcement, STUDIO 777 continues forward as a leader in this dynamic area."

STUDIO 777 created an unprecedented partnership to create and submit Reasoned Legal Opinions ("RLOs") to Linden Lab. Included in the partnership are Raziel Foggarty, Creator of 4Play, Wizard, Stomp The Fox and R&A Core products http://www.racorescripts.com/, Aargle Zymurgy, legendary Creator of Zyngo and scores of games http://www.azsgames.com/ and Ocean View Gamers https://www.facebook.com/OceanViewGamers. Together, with their attorney, Stevan Lieberman of Greenberg and Lieberman (http://www.aplegal.com, http://www.slcapex.com/forums/topic/FUN/9694), RLOs have been created and submitted for 10 sets of Second Life's most popular games.

Pi Games CEO FoxyFurman Kumaki commented, "STUDIO 777 has been a great partner since nearly the inception of Pi Games in Second Life, and as we were developing the Pi Games Tournament System, Luke and his team were enthusiastic and professional about supporting and joining the project. We're delighted to have STUDIO 777 join us as we develop new games and continue offering some of the most successful games on the grid."

"We deeply respect and admire Fox and Pi Games, and congratulate Pi Games on Linden Lab's approval of the Tournament System," said KariAnne Starsmith, President of STUDIO 777. "Pi Games has created some of Second Life's most fun and popular Skill Games, and we're honored to be part of this historic system. To celebrate, we've donated to Fox Woods Animal Rescue, Inc http://foxwoodrehab.typepad.com and encourage everyone to support this great charity."

Several of STUDIO 777's initiatives, including JOBSTAR Job Center, the STUDIO 777 Mall, and ADS-O-MATIC http://www.ads-o-matic.com will soon move to their new homes on the new STUDIO 777 Homestead Sim. The Homestead, which will be STUDIO 777's new Landing Point, is not a Skill Gaming Region, thereby making the areas available to non payment verified avatars. Information and frequently asked questions about Skill Gaming Regions are at http://studio777s.com/skill-gaming-faq/.

As previously noted by Linden Lab, "Second Life is the most successful user-created virtual world ever," said Ebbe Altberg, Linden Lab CEO. "Eleven years after first opening, it continues to thrive with more than a petabyte of 3D content created by users, a strong economy of user-to-user transactions in which tens of millions of dollars are paid out to creators every year, and an active community that spans the globe. There is a massive opportunity ahead to carry on the spirit of Second Life while leveraging the significant technological advancements that have occurred since its creation, and no company is better positioned to create this than we are."

The U.S. Skill Based Gaming industry saw revenue of $2.5 billion in 2013 alone, and is projected to surpass $9.0 Billion in annual revenue by 2017, according to a national consumer study conducted by Frank N. Magid Associates. Skill Based Gaming is becoming so common and popular that Venture Capital firms are buying in: http://finance.yahoo.com/news/mgt-announces-exclusive-launch-skill-184500674.html.

ABOUT STUDIO 777: Since 2009, STUDIO 777 , an Official Skill Gaming Operator, has welcomed over 1 million Guest visits with over 50 million minutes spent at 777 in the Second Life virtual world. With 30,000 Group Members, 1,400 Live Events with international DJs & L$ prizes, 50 Mall Stores, and L$250 Million Linden won by Players and Guests, STUDIO 777 has gained a reputation for trust, integrity and fun. 777 has been ranked third highest in traffic in Second Life and honored to be named Second Life's #1 Skill Gaming Nightclub & Resort. Visit STUDIO 777 in Second Life at http://slurl.com/secondlife/Sol%20Hermosa/114/93/35 Twitter @Studio777Club and on the web at http://www.Studio777s.com.

ABOUT CAPITAL EXCHANGE: Capital Exchange (www.slcapex.com) is Second Life's largest stock market simulation game. In the last 12 months over L$120,000,000 of virtual stock within the game has been traded. Skip Oceanlane has been the Capital Exchange CEO since January, 2011.

ABOUT LINDEN LAB: Founded in 1999 and headquartered in San Francisco, Linden Lab makes shared creative spaces that inspire and empower users to explore and share their creativity with others. For more about Linden Lab, its products, and career opportunities please visit LindenLab.com.

Copyright STUDIO 777 Partners. All worldwide rights reserved. Second Life and Linden Lab are registered trademarks of Linden Research, Inc. All trademarks, product data, logos and copyrights are the property of their respective Companies and no endorsement is implied. STUDIO 777 is proud to be equal opportunity and welcomes all applicants. 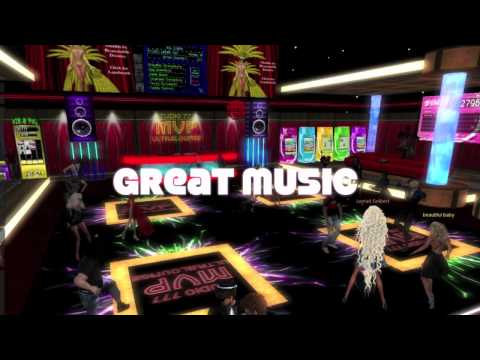