From life support systems to growing plants in space, the space station continues to drive human exploration for missions beyond low-Earth orbit.

HOUSTON, TX, December 05, 2014 /24-7PressRelease/ -- If necessity is the mother of invention, then survival in space breeds many "children." These children are the research and technologies demonstrated aboard the International Space Station. For 16 years, the station has provided researchers a platform in microgravity where they perform experiments and test technologies to allow humans to travel farther into the solar system than ever before. From life support systems to growing plants in space, the space station continues to drive human exploration for missions beyond low-Earth orbit.

NASA's Orion spacecraft, which is set to blast off on its first flight test in December, will demonstrate many technologies first tested aboard the space station. Orion, built to transport humans into deep space, embarks on a two-orbit, four-hour "Trial By Fire" on Dec. 5 to test many of its critical systems.

"Without what we've learned from having a continuous human presence in space for more than a decade, we wouldn't be able to think about sending people into deep space onboard Orion," said Mark Geyer, Orion Program manager. "We're testing out technologies and concepts on the space station right now that are necessary for the kind of long-duration trips Orion enables."

Technology demonstrations aboard the station beget new systems and concepts for on Earth and for space exploration. For example, the amine swingbed, which uses organic compounds with modified ammonia atoms, controls carbon dioxide and humidity in Orion. This type of recovery system also can operate on Earth to help remove carbon dioxide and humidity in tight spaces, like in mine tunnels or submarines.

With successful demonstrations of 3-D printing on the space station, the potential now exists to manufacture parts quickly and cheaply in space. Instead of waiting for a cargo delivery, astronauts could replace filters or faulty equipment simply by printing new parts. Researchers are gaining insight into improving 3-D printing technology on Earth by testing it in microgravity. This knowledge could help advance industry printing methods.

"Testing various life support sub-systems is an ideal use of the space station," said George Nelson, manager of NASA's International Space Station Technology Demonstration. "Reliability of these systems on long duration missions is paramount. We can verify design reliability in the microgravity environment by using them on the station without any mission or crew risk, since the existing space station systems are always available."

Human behavioral health and performance also is taken into account for deep space missions where crew members reside in confined spaces for long periods of time. One study evaluates the effects of delayed communications for interplanetary crews that have to handle medical and other emergencies. This type of research also may help refine procedures for Earth-based teams that operate in extreme or remote environments with limited contact with a home base and its experts. Additionally, NASA recently announced funding for three proposals to help answer questions about neurological conditions related to behavioral health and performance on deep space exploration missions.

Finally, plant growth facilities on the station like Veggie may one day produce safe, fresh and nutritious crops for astronauts while giving the crew opportunities for relaxation and recreation. Using these facilities, researchers can glean knowledge about plant growth and development in microgravity. This information may improve growth, biomass production and farming practices on Earth.

Necessities for survival in space breed innovations aboard the space station. Like a mother to her child, these inventions are improving life on Earth and, one day, may support humans on the planets beyond. 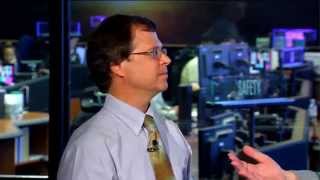 Jay Perry, ECLSS engineer, discusses how systems aboard the space station provide and recycle air and water to eliminate the need for resupply on cargo spacecraft.