We take audiences on an adventure. People dodge cannon balls... avoid being hit by sharp swords... fly over the walled city of Santo Domingo... and see the city burn while feeling heat on their faces.

KINGSTON, ON, July 08, 2015 /24-7PressRelease/ -- Colonial Gate 4D Cinema, a new tourism and cultural experience movie theatre in Santo Domingo, Dominican Republic, proudly presents the short-film The Battle of Santo Domingo in a fully immersive 4D cinema experience. Visitors can enjoy the physical and virtual world of the 1586 walled city invasion of Santo Domingo lead by Sir Francis Drake - the most renowned seaman of the Elizabethan era. The film follows this fearsome pirate as he storms the city and is specifically designed for the 4D cinema platform, presenting itself in nine languages simultaneously.

Established to provide visitors with an introduction to the Colonial City of Santo Domingo, the film shares knowledge of the history, culture and values of the Dominican Republic through world-class technology. Much to their delight, visitors participate in a fully interactive and multi-sensory experience, one that includes a 3D movie with remarkable features such as motion seats, wind, mist, fog, heat and even bubbles!

Created by a private group of entrepreneurs and investors, the cinemas were designed and built to meet the growing demand of international travellers for foreign language entertainment. The cinemas are also designed to bring new cultural experiences to Santo Domingo, including the distribution of documentaries, short and long films with an initial investment of $100 million Dominican pesos in the tourism sector.

"We're providing domestic and foreign language visitors to Santo Domingo unforgettable experiences," said Cristobal Justiniano, President of Colonial Gate 4D Cinema. "We take audiences on an adventure. People dodge cannon balls... avoid being hit by the sharp swords of marauding pirates... fly over the walled city of Santo Domingo... and see the city burn while feeling heat on their faces. Creating this experience in many languages simultaneously has given us a huge advantage, allowing us to deliver world-class entertainment."

Jonathan Stanley, President and CEO of AudioConexus Inc. enthusiastically adds "Colonial Gate 4D Cinema's vision for innovation in the tourism industry was a key driver for the collective success of the partners involved in this project. This is an industry first and we're proud to be a part of it, installing our technology into cinema show control and motion seats. By providing multilingual cinema experiences we're raising the bar for fun, educational and immersive audio-visual experiences to meet the demand for foreign language experiences by cruise ships, tour operators and international travellers.

The creative collaboration between Colonial Gate 4D Cinemas and AudioConexus Inc., has resulted in an unforgettable and fully immersive 4D experience, not only for domestic visitors to enjoy, but also for travellers from around the world. Now having the luxury to listen and partake in their desired language, visitors can explore Santo Domingo whilst enjoying the foreign language entertainment this culturally rich location now has to offer!

AudioConexus Inc. ("ACI") is a leader in providing digital hardwired and wireless simultaneous multilingual commentary delivery systems and handheld audio and multimedia interpretation in the global tourism industry. Providing multilingual entertainment, AudioConexus has produced audio tours in more than 30 languages for premier brands around the world.

Founded in 2006, AudioConexus is a global company with partners in North America, Europe, Latin America and Asia. From the streets of Honolulu to the canals of Amsterdam to the factory floors of Wisconsin - ACI works with companies to create tour products people love. 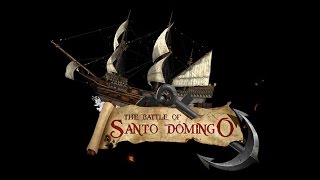