Johnny Prill is proud to be the writer of the official song for National Grandparents Day, "A Song for Grandma and Grandpa."

Prill's songs have been featured in publications such as Country Weekly, The Detroit News, The Detroit Free Press and The Las Vegas Weekly.

BAD AXE, MI, September 01, 2015 /24-7PressRelease/ -- Johnny Prill is the songwriter of the official song of National Grandparents Day, A Song for Grandma and Grandpa. The song has been a huge success, not only in the United States but all around the world and will be an indispensable part of any school's Grandparents Day program. Prill, who received the National Songwriters' Award for his song from the National Grandparents Day Council in 2004, has received approbation and inquiries about using the song from countries such as Israel, Canada, Australia, Ukraine and New Zealand.

A Song for Grandma and Grandpa is uplifting and inspirational, paying homage to the vital relationship between grandparents and grandchildren. It features vocals by eight-year-old Katie Naffie with a rousing background chorus performed by The Perfect Blend Children's Choir.

"To have my song performed around the world is a wonderful feeling, and I know I've been truly blessed," says Prill.

The idea of a National Grandparents Day originated in 1970 with Marian McQuade of West Virginia and was made official eight years later, when President Jimmy Carter signed a proclamation designating the first Sunday after Labor Day as Grandparents Day, a national holiday. This year, the holiday falls on September 13. Prill will be hosting his eighth free concert on this date at Courtney Manor Nursing Home, where he has entertained residents as a volunteer for almost 30 years.

Click here to hear an audio clip of the song. A CD featuring the song and 14 other tracks including four bonus versions can be purchased from the website. It also can be purchased and downloaded in mp3 format. Both formats include sheet music and karaoke (backing) tracks. There are also suggested activities and lesson plans for teachers. For photos, click here.

Prill's songs have been featured in publications such as Country Weekly, The Detroit News, The Detroit Free Press and The Las Vegas Weekly and have been recorded by Bobby Vinton who refers to Prill as "one of the most creative songwriters of our time." 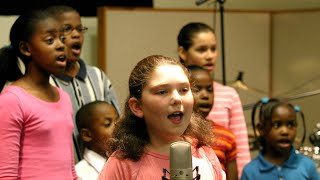