MIAMI, FL, December 23, 2015 /24-7PressRelease/ -- On May 13th, 2016 the 30th SSI tm mission to Israel departs. Since 2005 almost 500 First Responders have decided to view first-hand what the war on terror is all about by visiting the country on the front lines - Israel. No other company or non-profit has taken so many missions to Israel because everyone knows that SSI tm has the experience and expertise.

With the First Responders will be delegations from St. Leo University (Florida)and Northeastern State University (NSU) in Oklahoma including graduate students from both Universities in criminal justice and homeland security.

"Learning about ISIS at the top of Mount Ben Tal, where you can see Jabat Al Nusra forces in Kuneitra in Syria just a few miles away, brings it all home," said Henry Morgenstern, the creator of the program and has lead all the groups through Israel since 2005. "We have unparalled access to Israel's leading experts on terrorism and go in-depth to make clear what our Law Enforcement needs to know to help stop terror attacks."

The mission focuses on in-depth issues like the Shia based terrorist group Hezbollah, the Muslim Brotherhood group Hamas, ISIS and the many threats on Israel's borders including in the Sinai. In addition, covered are School and University Security, Port security, Airport and Aviation security and much more.

"When I came back, I really understood," stated one participant, "it had been a jumble of Arabic names when I left but viewing how Israel conducts its homeland security and understanding the groups and the territory made it all clear."

Now in its 11th year, Security Solutions International Inc. SSI tm is a global company that provides countries with the most updated information, products and training to confront the world-wide threat of terrorism.

From China to Singapore; from Algeria to Nigeria, in Europe, Israel and South/Central America, SSI tm has trained and provided products to more than 1000 agencies in Homeland Security, Emergency Management, Emergency Medicine, and specialized equipment training for the world's premiere manufacturers.

The company is proud to be the publisher of the Counter Terrorist Magazine, distributed in the US, Europe and Asia, in its 10th year, and the organizer of the Homeland Security Professionals Conference in Orlando, celebrating its eleventh anniversary. 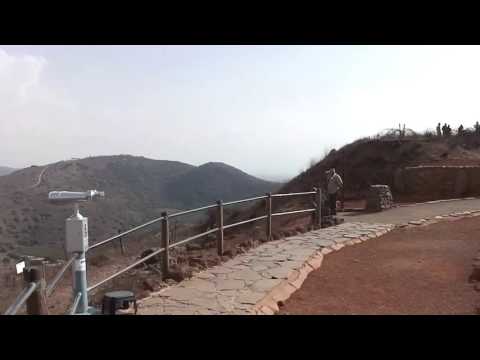