Shelter and its president honored with Maddie Hero Award

Humane Society Silicon Valley (HSSV) and its President, Carol Novello, have been recognized as leaders in the field of animal care and welfare.

SAN JOSE, CA, July 01, 2016 /24-7PressRelease/ -- Humane Society Silicon Valley (HSSV) and its President, Carol Novello, have been recognized as leaders in the field of animal care and welfare. Premier endowment group Maddie's Fund surprised the organization by bestowing its newly created Maddie Hero Award in recognition of HSSV's remarkable strides towards optimizing animal-care solutions both within its facilities and in the community. Novello was one of nine leaders recognized from the over 13,000 animal shelter and rescue groups in the United States.

HSSV opened the country's first animal community center in 2009, creating a place where people can come together to learn about, engage with and celebrate animals. Most recently, the group has committed to becoming the first shelter in the country to meet the standards put forth by the Association of Shelter Veterinarians. Their life-saving solutions offer shelters everywhere a model for working towards a community where every pet has a home:

HSSV also created Mutual Rescue , a national initiative to change the conversation from "people OR animals" to "people AND animals" and encourage people to give to their local shelters. Mutual Rescue launched a series of films aimed at revealing the impact people and animals have on one another. The first film, "Eric & Peety," was instantly a viral Internet sensation. People from across the country have since stepped up to contribute their stories of connection and transformation in hopes of being included in upcoming films.

About Carol Novello: Carol holds an MBA from Harvard Business School and was a senior executive at Intuit prior to serving as President of Humane Society Silicon Valley. Her work at the organization has resulted in marked increases in the rescue group's adoption numbers, save rates and number of animals receiving care.

For more information or to speak with Carol Novello, contact Executive Publicist Michelle Tennant Nicholson at Michelle@WasabiPublicity.com or 828-749-3200. 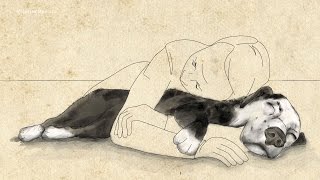