LOS ANGELES, CA, October 04, 2016 /24-7PressRelease/ -- With the subtle changes in weather looming about, we can also feel the holidays quickly approaching. Many of us looking to experience the music. This season, New York-based director, performer, musician and songwriter Angela C. Howell formally introduces her trendy holiday single and video, "Snap Me a Selfie, Santa."

Originally released in the fall of 2015, "Snap Me a Selfie, Santa" is a joyful melody that seamlessly connects modern technology with Santa. The song is a fun narrative as to how we incorporate the latest innovations into our everyday lives.

"Snap Me a Selfie, Santa" is available for download on CD Baby, Spotify, Amazon and iTunes at http://buff.ly/2cIRR0o

Written by Angela C.Howell and Robert A McDonald, "Snap Me a Selfie, Santa" was first performed live in December 2014 at the Capital Theatre in Willimantic, CT and at the Central Village Congregational Church in Central Village, CT. In the months to follow, the hit single would be recorded and later commercially released with an accompanying video.

One of the most popular songs from her Christmas album, 'An Original Christmas,' the music video for "Snap Me a Selfie, Santa" has been viewed over 115,000 times on Youtube. Directed by Howell, the video features an anxious young girl - played by actress Madison White - who eagerly awaits Santa's reply to her text.

Filmed by Morgan Murphy of White Bridge Farm Productions and Allied Filmworks, the video fuels all the excitement and magic of Christmas. With Howell appearing as Mrs.Claus, Sophia Redfearn as the smart elf, and Jayson Elliott as Santa, the video screenplay is an added highlight of Howell's creativity and screenwriting experience.

The "Snap Me a Selfie, Santa" video is available on Youtube at https://www.youtube.com/watch?v=iY_CNUT5o5o

In addition to "Snap Me a Selfie, Santa" and her Christmas album, Angela C. Howell's work features an impressive collage of numerous musical compositions, theatrical productions, lectures, and workshops.

Angela C. Howell is an accomplished performer, musician, director, songwriter and vocal instructor based in New York. She has sung all over the United States and most of Europe, performing as a vocalist with many varied groups. Angela was a featured soloist for the celebrity benefit at Town Hall honoring those who died on 9/11 (9/11 Remembered). She has also appeared at Lincoln Center in many ASCAP performances including Beauty & the Beast (Bob Beverage & Paul Nahay), Bronx Primitive (Milton Schaefer), and Big Red Sun (Georgia Stitt and Jon Jiler). In the theatre world, Angela is known for her portrayal of Vi Petty in 'Buddy, the Buddy Holly Story.' As a Musical Director, she has worked everywhere from the Yale Summer Series, the Royal Academy of Dramatic Arts, Westchester Broadway Dinner Theatre to North Carolina Theatre and Circle in the Square Theatre School. To date, Angela C. Howell has released six albums as produced by The GoodStuff Company and appears on a wealth of other international recordings as a vocalist and musician. 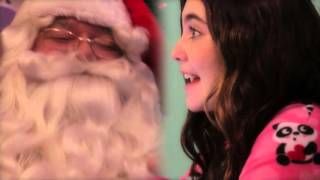