"I am really excited to get going with Liam. He is an elite prospect who - with hard work and the right directioning - skews to an NHL first round pick in 2019."

CARLSBAD, CA, April 27, 2017 /24-7PressRelease/ -- The California Sports Institute (CSI) based out of Carlsbad/San Marcos, California, is pleased to announce Liam Keeler as the first of many training visits of elite young hockey players starting the weekend of April 28/17.

M&T sends many of their elite hockey players from all over the world down to Munford for full assessments and creation of their player-specific training regimens. Munford assesses and analyzes the players' biomechanics, rate of force development, movement signatures and game film in creating the individualized programs. Typically, the players stay with Munford at his home for 4 days for the analysis and introduction to their training paradigms. He then creates their programs and follows up (relentlessly!) with the players. The players return periodically during their off-seasons for continual fine-tuning and several players spend their entire summers in Carlsbad training under Munford.

First up is Liam Keeler, a Canadian-born 16-year old 6ft. forward with the Edmonton Oil Kings of the WHL, who is new to Munford: "I am really excited to get going with Liam. He is an elite prospect who - with hard work and the right directioning - skews to an NHL first round pick in 2019. He is a 'mover' and a high-energy player with great skating skills!"

Keeler, was taken in the 2016 WHL draft whom the Oil Kings traded their second and third-round picks in order to move up in the 1st round and pick.In Bantam, Keeler, had 26 goals and 77 points in 34 games for the Edmonton Southside Athletic Club Southgate Lions and was named the AMBHL most valuable player.

Oil Kings director of scouting Jamie Novakoski, described Keeler as "a kid that we didn't want to lose, he's an offensive forward with great hockey sense...His feet are always moving, and for an offensive guy, he plays in his own end, too. We traded up because we didn't want to lose him...He skates well enough to play in our league right now, but he definitely has a chance, if he keeps developing, to play (with Oil Kings) at 16, no question."

Stay tuned; visiting the following weekend, three top-shelf players who will also be NHL 2019 draft headliners, heading in to their first year of the OHL and Quebec junior hockey leagues.

California Sports Institute is dedicated to the concept of enhancing and personalizing high performance training that is fundamentally driven by honest, peer-reviewed sports science. Whether you are an elite professional athlete, a young athlete passionate about finding out how good your best can be, or an aspiring coach looking to broaden and deepen your knowledge and abilities, we have the advanced level of world-class expertize to make your goals your reality.

True sports-science research driven training must not only be sport specific and position specific it must be athlete specific. No two athletes are biomechanically, physiologically, psychologically, or in fact genetically identical, therefore no two athletes should ever be trained the same! Each CSI athlete is exhaustively analyzed and out of this in-depth, real-science driven analysis, comes the training regimens specific only you! Our athletes are trained individually, one-on-one because science tells us they are supposed to be! 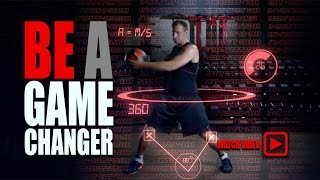