Having access to these data helps us pinpoint nodes of political concern or enthusiasm among certain populations. We can take those data, and we can work with government and public policy groups.

Dr. Young and his team were able to track spikes in discussion about DACA among populations in distinct geographical zones, focused down to the county level, with highest intensity located in Phoenix, Ariz., based on trends in recurring, sentiment-based key words and phrases.

About Dr. Sean D. Young, author of "Stick with It":
Dr. Sean Young, an authoritative new voice in the field of behavioral science, knows a great deal about our habits - how we make them and how we can break them. He is the Founder and Director of the UC Institute for Prediction Technology and the UCLA Center for Digital Behavior. Dr. Young and his associates study cutting-edge and best practices for changing and predicting behavior, with particular expertise in health and medicine. His book, Stick with It, is Dr. Young's fascinating look at the science of behavior, filled with crucial knowledge and practical advice to help everyone successfully alter their actions and improve their lives. Whether it's absent-minded mistakes at work, a weakness for junk food, a smartphone addiction, or a lack of exercise, everyone has some bad habit or behavior that they'd like to change. But wanting to change and actually doing it - and sticking with it - are two very different things.

About UCIPT:
The University of California Institute for Prediction Technology (UCIPT) is a multidisciplinary, multicampus collaborative, accelerating innovations that leverage social technologies to predict human behaviors and outcomes. Some examples of potential research applications include:
- Tracking risk behaviors to predict disease, crime, poverty, or other negative outcomes and inform intervention efforts
- Discerning predictors of political opinion, social and moral values, academic success, or community involvement
- Understanding how and why people use certain technologies, buy certain products, or follow certain trends 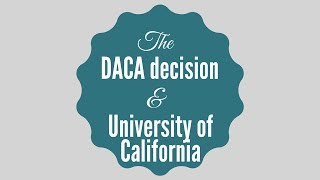