The Walking Dead and The Blind Side's IronE Singleton Launches Kickstarter for 2018 World Tour of His Stage Play, BLINDSIDED by the Walking Dead

IronE Singleton's Kickstarter campaign offers fans the opportunity to claim rare and one-of-a-kind collectibles and other prizes in exchange for a contribution towards a great cause.

With the support of Kickstarter backers, IronE will share his story around the world, helping others realize their greatness, the importance of perseverance and the resilience of the human spirit.

ATLANTA, GA, October 19, 2017 /24-7PressRelease/ -- IronE Singleton launches a rewards-based campaign to raise funding for a 2018 world tour of his one-man play, BLINDSIDED by the Walking Dead (#BBTWD) which chronicles his life story growing up destitute in the inner-city projects of Atlanta, GA through his success as an actor and motivational speaker.

"I feel now, more than ever, this show is needed to help bring others hope and offer a restored sense of purpose for those affected by the countless tragedies around the world. It is a show filled with messages that will help unite humanity at a time of immeasurable political, social and racial divide," IronE explains.

IronE's Kickstarter campaign offers fans the opportunity to claim rare and one-of-a-kind collectibles, the opportunity to have an all-expense paid dinner for 4 with IronE or have him meet and greet guests at a private event amongst many other exciting rewards/prizes that would make perfect stocking stuffers for fans for the holidays.

All this in exchange for a contribution towards a great cause!

**Bonus collectibles are scheduled to be unlocked throughout the campaign so supporters are encouraged to visit the #KICKSTARTBBTWD campaign page frequently. **

If his campaign is fully funded, IronE and his production team will tour BLINDSIDED by the Walking Dead (#BBTWD) to a minimum of 3 locations based on fan response for a minimum of 6 shows. He hopes to exceed budget so he can perform the highly demanded and anticipated play in more locations around the U.S. and the world and also partner with Blue Sun Interpreting to bring the show to the Deaf community. The campaign only runs for 30 days through November 17th, 2017. Click here to view campaign details for #KICKSTARTBBTWD

About the Production:
BLINDSIDED by the Walking Dead - #BBTWD is a powerhouse of entertainment, empowerment and inspiration. The show is packed with 40% Comedy, 30% Drama, 20% Song & Dance and 10% Poetry/Spoken Word/Shakespeare. The runtime is 1hr 45mins during which time IronE Singleton plays more than 20 different characters ranging from all walks of life to tell his life story growing up destitute in the inner-city projects of Atlanta, GA through his college career and time on the football field at the University of Georgia. After taking his audience on a tour of his experience being cast in major productions such as The Blind Side and The Walking Dead, the production concludes with an explosive ending.

In summary, BLINDSIDED by the Walking Dead is a show that makes you feel passionate about living, with a need to live on purpose with a sense of connection with all of humanity ...all while making you hysterically laugh out loud. The production covers a spectrum of societal topics:

It is for anyone who has encountered tragedy, conflict, or loss...for anyone needing hope, inspiration, a fresh perspective or just wanting to laugh out loud and be well entertained. It is for young ladies, single ladies, single mothers, young men, fathers, athletes, scholars and aspiring actors. It is for those who love theatre, comedy, philosophy, poetry, dance, rap or just wanting to witness a man pull off a 1hr 45mins high-energy show all while interacting with himself on stage and bravely tearing down the fourth wall to interact with the crowd then jumping back into character and not missing a beat. It is for everyone that is misunderstood and crying out for opportunity and justice and for those wanting a glimpse into the psyche of a young man in America. It is for the betterment of humanity... a show that unites and promotes truth and love.

A Message From IronE:
"With the support of backers, I will share my story around the world, helping others realize their greatness, the importance of perseverance and the resilience of the human spirit. I want to help others realize that regardless of their circumstances, challenges, shortcomings or differences, there is always hope. I want to do my part by helping to inspire humanity through truth and love. Will you join me to achieve this goal?" http://bit.ly/KICKSTARTBBTWD

About IronE Singleton
IronE Singleton is best known to audiences as the menacing kingpin Alton in the Academy Oscar Award-nominated film THE BLIND SIDE; the biggest box office grossing sports movie of all time. He is also known as the compassionate tough guy, T-Dog, in the Emmy, AFI & WGA Award-winning, Golden Globe-nominated tv show THE WALKING DEAD; one of basic cable's highest rated shows for viewership. IronE's unusual name depicts his life story, and his ability to play strong, multidimensional characters and has made him a memorable actor in both film and television. 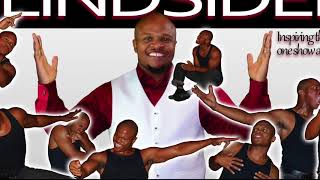