"(Decisions) is his biggest and best to date!" Blues Blast Magazine

SEATTLE, WA, January 03, 2018 /24-7PressRelease/ -- Artisanship Music has announced that Jim Allchin's Decisions has been named a Top 20 Blues Rock Album of 2017 by the venerable Roots Music Report (RMR), the number one independent music chart in the world, coming in at number 12.

Apple Music featured the LP in "New Music" on the main pages as well as the Rock and Blues sections and the album's consistent Top 10 performance on the Roots Music Report during all of 2017 was most notable. In addition, Decisions made a big impact on Spotify generating over 120,000 plays for an average of 25,000 monthly listeners and being added to curated playlists shared by more than 750,000 active Spotify blues and blues/rock subscribers.

Said Allchin: ""While we're honored to be placed on this list along with some incredible artists like Gregg Allman and the Tedeschi-Trucks Band, we're very proud of each and every song on the record. I am elated that fans new and old are enjoying it and thank the DJ's and Program Directors at radio stations around the globe and everyone who contributed to this effort for their support!"

The LP is available by download, CD and 180g collector's vinyl here and local and online music retailers. 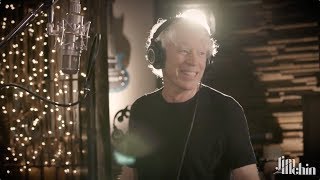