TORONTO, ON, November 13, 2018 /24-7PressRelease/ -- Since returning home from an epic journey around the world at 16, completing a remarkable tour to 55 film festivals across the world, winning 24 awards on her documentary The Sunrise Storyteller, Kasha Sequoia Slavner is continuing her quest to motivate people to create change by releasing a TED-style talk on Monday November 12th across all social media platforms about shifting the bad news narrative.

To quote 20 year old Kasha, "You have a responsibility to take what you're seeing in the news as a call to action. What becomes possible when you refuse to believe the negative spin in the stories you tell yourself and the story the media feeds you? If we're tired of being inundated with bad news we need to change our actions, so the narrative can shift too."

As a recognized global teen leader & changemaker since the age of 8, Kasha Slavner realized in her early teens that media distributed to her generation was becoming increasingly negative, leaving consumers feeling overwhelmed and filled with anxiety for the future.

After attending the United Nations Commission on the Status of Women as a youth delegate with the Canadian Voice of Women for Peace at the age of 14, Kasha was moved by the empowering stories of grassroots feminist organizations and their efforts to find positive and sustainable solutions to incredibly difficult problems faced either individually or in their communities. It was this that inspired her to create The Global Sunrise Project, a media hub for social good, for the purpose of sharing positive media as a catalyst for taking action. Her feature documentary had its World Premiere at the United Nations Commission on the Status of Women in 2017.

In her talk "Mission Possible - Shifting the Bad News Narrative for Social Good", she shares her 13 years of experience in a 13 minute video to inspire and ignite the light of future changemakers.

"Kasha sets an example for young people around the world follow." -Adam Braun, NY Times Bestselling Author of "The Promise of a Pencil".

About Kasha Sequoia Slavner: Kasha Sequoia Slavner, a first-time multi-award-winning documentary Gen-Z filmmaker comes to the profession as a seasoned photographer, entrepreneur and social justice advocate for over a decade. Using her passion for visual storytelling to make the world a better place, she was selected as the recipient of the very first Kim Phuc Youth Award for Peace. At the age of 14, Kasha was the youngest member to join Canada's longest-standing & only feminist peace organization, The Canadian Voice of Women for Peace. Since then, she has accompanied the organization as a youth delegate 6x times on their annual trip down to New York to The Commission on The Status of Women at the United Nations. She was also selected for the class of 2017 Global Teen Leaders by legendary music producer Nile Rodgers & wife Nancy Hunt's We Are Family Foundation & TEDxTeen and by WE.org for their inaugural flagship social entrepreneurship incubator at the WE Global Learning Centre Most recently Kasha became a 2018 fellow with Yunus & Youth

In addition, Kasha tours with a 32 piece photography exhibition "Travels into the Heart" and produced a second large scale exhibition about Sustainable Development Goal #16 – Peace. The exhibition is entitled Picture Peace© At 17 she published her first 200+ page book of photography "Reflections of the Sunrise Storyteller – A Journey into the Heart as a Global Citizen".

Kasha is a public speaker, has been commissioned by National Geographic Learning, is a contributor to The Huffington Post, Thrive Global, Good Magazine, Matador Network & more.

The Sunrise Storyteller is the 20 year old filmmaker's first feature-length documentary, which she directed, filmed, scripted and edited between the ages of 16-18 showing where there's a will there's a way.

About The Global Sunrise Project:
Our mission is simple. We create media that inspires people to make positive change. The Global Sunrise Project was founded on the premise that there is a need for an alternative narrative, one of resilience, passion, and hope. By sharing stories of people who have triumphantly overcome adversity, we can learn about what it means to make the world a better place despite all obstacles. Tackling complex issues can be difficult, but the mindset we use to approach them is key. We, at the Global Sunrise Project believe that using visual storytelling can empower others to take action for themselves and communities and come together as global citizens. 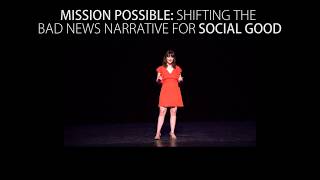