Atlanta Rolls Out Red Carpet for Local and National Celebrities

"Big Game Big Give is my personal Super Bowl," says Pollick. "It's an opportunity to show the world there is a tremendous amount of good out there.

ATLANTA, GA, January 23, 2019 /24-7PressRelease/ -- It's the biggest game of the year, but it's also the biggest give of the year. Big Game Big Give (BGBG) is one of the most anticipated pre-Super Bowl charity events in the nation, promising to bring out some of the biggest names in Atlanta elite while giving back to local charities.

Launched in 2009 by Marc Pollick, President and Founder of The Giving Back Fund, a national nonprofit that creates and manages charitable foundations and projects for high net worth individuals, celebrities, athletes, business entrepreneurs and corporations, Big Game Big Give is the preeminent place to be the evening before the Super Bowl. Now in its tenth year, the exclusive star-studded gala has been voted the Number One Super Bowl Party by ESPN, The Magazine, and to date has raised more than $10 million for worthwhile causes around the globe.

Atlanta is no stranger to celebrities, many of whom will be walking BGBG's red carpet. Among the numerous A-listers on the guest list: world-renowned artist and Atlanta native, Michael Kalish, known for his legendary license plate portraits, iconic metal sculptures, and massive public art installations showcased around the globe. Kalish will also present this year's BGBG honoree, Steve Gleason, formerly of the New Orleans Saints, and today the leading advocate for ALS patients worldwide, with a sculpture in honor of Gleason's award for extraordinary philanthropic achievement. "It's a tremendous honor to come back to my hometown for an event like this and present one of my personal heroes with a portrait/sculpture to honor his incredible work and dedication to ALS advocacy," says Kalish. Gleason was recently selected by the US Congress to receive the Congressional Gold Medal for his work as an ALS activist.

This year's exclusive invitation-only cocktail party will be held at the estate of Jeff and Carrla Goldstein and will feature musical entertainment by The Black-Eyed Peas. But beyond the celebrity appearances and event hype, lies a deeper message: one of giving back. Matching individuals with charitable giving is a natural marriage for The Giving Back Fund's founder and president, Marc Pollick. Prior to establishing the nonprofit organization, Pollick worked with Nobel Peace Prize Laureate, Elie Wiesel, and founded The Elie Wiesel Institute for Humanitarian Studies along with the Zachor Institute.

"Big Game Big Give is my personal Super Bowl," says Pollick. "It's an opportunity to show the world there is a tremendous amount of good out there – people using their fortune and fame for causes that matter, causes greater than themselves. The world needs this now more than ever. I am simply the conduit to bring these people together."

We are a team of practical idealists who wake up every morning excited about working with people who believe in the possibility of improving the world, and the desire to bring it about. Our team of passionate change agents has more than 220 years of combined expertise to bring to you and your philanthropic project. 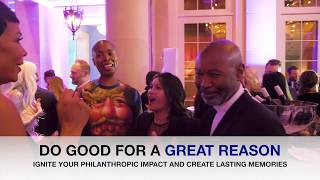