J.A. Angelo Needs Your Help in an Attempt to Save Lives

"Caring and compassion are strengths that can discourage a bully," Angelo stated.

WINCHESTER, VA, March 04, 2019 /24-7PressRelease/ -- J.A. Angelo is a five-star author taking the #1 position on a best seller list. J.A. donates 30% of his royalties to national charities. He recently announced that his latest book, 'Jeremiah Gets Bullied', will be available in the spring of 2019. The new book will be available in both print and digital versions.

In Jeremiah Gets Bullied, Jeremiah returns to school to begin third grade after a camping vacation and other activities he and his family enjoyed over the summer just to be bullied by who he thought were his friends. After overhearing a conversation, Jeremiah goes home crying and running to his room. After Jar Lee asked Parker why his brother came home crying. Parker could not believe that his friends caused Jeremiah to cry. Thanks to Jar Lee and Parker, Jeremiah felt better when his friends came over to apologize for their behavior.

Jeremiah Gets Bullied is a children's picture book for children in elementary school. According to the author, his book series will encourage readers to use the life skills they learn after reading each book and with the open dialogue intended to initiate an adult and child conversation while reading the parent/child discussion. Moreover, he designed the book for young children, but Readers older than 8 years can also enjoy this book and can read it to their younger siblings.

The Kickstarter Campaign is located on the web at:
https://www.kickstarter.com/projects/jaangelo77/a-trail-of-honesty?ref=discovery&term=Bullying%20campaign%20

Angelo's Kickstarter goal for this project is to raise $3,000. He intends to use these funds to allow him to donate books to various schools throughout the United States. In addition to the book itself, the author is also offering various rewards to his backers. More details are available on the Kickstarter campaign page of the project.

"Caring and compassion are strengths that can discourage a bully," Angelo stated. In this ongoing series, he presents life skills from each of his books.

'A Trail of Honesty,' Angelo's first book, received rave reviews. A recent review stated, "This book would make an awesome book series." Another review said, "This a wonderful story that presents the importance of honesty and camping safety in a funny way." Another stated, "An excellent children's book."

J.A. Angelo is available for media interviews and can be reached at jaangelo77@gmail.com

J.A. Angelo has worked with children from various backgrounds and cultures for over a decade. Writing became part of J.A.'s healing process after losing his dad. J.A.'s first book A Trail of Honesty was a part of his dad's eulogy that the pastor presiding over the service told him that it would make a great children's book. The valuable lesson he wrote in his first book has caused many teachers and other fans to ask him to write an anti-bullying book. 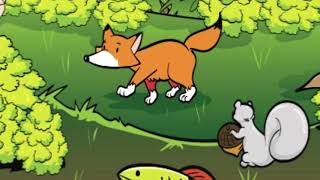 A Trail of Honesty Book Trailer