I'm proud to have helped many families from Rancho Cordova recover compensation in wrongful death matters.

In general, the people entitled to pursue a wrongful death claim are the following:

• Children of the Marriage

• Any issue of a Deceased Child of the person who died

• Putative spouse or children of the putative spouse as well as stepchildren of the decedent so long as they were dependent on the decedent. (A putative spouse means someone who may not have been legally married according to the laws of California but who believed in good faith that they were legally married. This is not uncommon when immigrants come to the United States believing they were married in the customs of their countries, but finding that California does not recognize this custom as a legal marriage. However, under the wrongful death statute, California does recognize such marriages.)

• Any minor, whether or not a child of the deceased, who lived in the decedents household for 180 days before the death, and for who the deceased provided at least 1/2 of support.

When a loved one's life is cut short by the negligence of another, the law in California enables a representative of the decedent's estate to pursue monetary restitution through a wrongful death claim. After the accident, you may be thinking that it is inappropriate to contact a wrongful death lawyer because of what other people might think or say. Do not make this mistake. If you lost a loved one in a preventable accident, the filing of a wrongful death lawsuit is simply exercising your rights, under the law, to hold the reckless party responsible for their negligent actions in civil court.

No amount of money can bring back a loved one. Nevertheless, taking legal action and pursuing a wrongful death claim can help ease the financial strain associated with an unexpected death, especially if the decedent was the primary breadwinner for their family. The types of damages that are typically awarded in wrongful death claims include:

Medical bills, funeral costs, and other expenses associated with a loved one's death.

Future Earnings: Expected income that the decedent would have earned over the course of his or her lifetime can also be recovered as part of a wrongful death lawsuit.

Pain and Suffering of the Decedent: California courts consider the pain and suffering that the decedent experienced prior to their untimely death. This often arises in the context of an accident where the victim was severely injured, receives medical treatment (e.g., emergency care), but the severity of the injuries are simply too extensive and the victim succumbs to the severity of their injuries.

Loss of Mentorship and Companionship: You can secure compensation for the loss of companionship previously provided to you by your loved one. This claim is typically made when the decedent is survived by a spouse.

A form of damages that may be pursuable, in addition to the damages described above are punitive damages. These are damages designed to effectively reprimand a defendant who engaged in outrageous conduct and let others know that such behavior is completely unacceptable.

California Civil Code Section 3294 governs the pursuit of punitive damages. It is important to understand that a plaintiff (i.e. the injured party) may only pursue punitive damages when it is shown that the defendant's actions were particularly egregious or committed with malicious intent. Not only must this type of behavior exists, but you need to prove it with overwhelmingly convincing evidence (a.k.a. clear and convincing evidence). A way to think about this evidentiary standard is that you have to tip the proverbial scales of justice to your side by a wide margin (well over 50 percent). This is a much higher standard in the field of wrongful death law. The applicable evidentiary standard for most personal injury cases is just a tad over 50 percent (a.k.a. preponderance of the evidence).

However, there are instances where the egregious conduct is so shocking that punitive damages are recoverable. A fatal car accident caused by a heavily intoxicated driver is an example of where punitive damages could be pursued.

"I'm proud to have helped many families from Rancho Cordova recover compensation in wrongful death matters," said Attorney Edward A. Smith. "These can be traumatic events and it's absolutely crucial to seek competent legal advice because often negligent parties will try to evade responsibility." 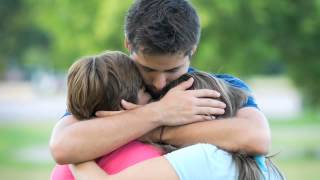 Watch a Video created by, Wrongful Death Lawyer, Edward A. Smith, where he discusses the various aspects of filing a California Wrongful Death Claim.