Out of the eight headliner guests invited to the festival, four that are people of colour from India and Costa Rica are unable to enter Canada. Cultural exchange and diversity has been undercut by unfair travel policies targeting certain regions.

When arts festivals cannot bring in artists from certain regions, it cuts off rich cultural exchange. Artists with limited access to worldwide travel face an uphill battle in building their careers.

TORONTO, ON, June 16, 2019 /24-7PressRelease/ -- Guru Suraj Kumar, a dance artist living in Chennai, India, has twice been denied a visitor visa to Canada to participate in the Toronto-area Contact Dance International Film Festival (CDIFF) running June 29 to July 1. Both times, the reason given by Canadian officials was that they did not believe he would leave the country.

Mr. Suraj Kumar included Indian property deeds, letters from his employers and an official invitation letter from the Toronto festival as well as an invitation letter to teach in Europe later in the summer and his application was still denied.

For the second attempt, the festival crowdfunded to hire a lawyer to help with the process. There was an outpouring of support and within a week Bondy Immigration Law was retained. The second application was denied only two days after the lawyers filed it.

Parkdale-High Park MP Arif Virani got involved and sent a letter of support for Mr. Kumar, noting that CDIFF also committed to undertake all costs associated with his trip. In reply, Canadian Immigration claimed that Mr. Kumar's reason for visiting was not clear. Yet, it was clearly stated in his application that he was attending to receive a Silver Award for one of his films being presented and to teach at the festival.

Costa Rica's Camilo Chica is presenting a film and was also invited to teach at the festival. On June 12, he was notified that his visa was denied as well.

Hari Choudhary, another invited guest artist from India, was not able to give up his passport to Canadian officials for up to one month as part of the visa application process because he needs it for current work-related travel. That effectively bars him from the festival as well.

Another dancer from Costa Rica, Alejandro Barboza, also presenting a film and invited to teach is still waiting to hear about his travel visa. The process has been so delayed, he might not hear back in time to attend.

All of these dance artists were invited to be headliners in Toronto's fourth annual Contact Dance International Film Festival. The festival is led by highly respected Toronto-based dance artist Kathleen Rea who is its founding artistic director.

Says Ms Rea, "The Canadian government is making it very difficult for people of colour from Costa Rica and India to enter the country to participate in CDIFF. Our guest artists from Western European countries were easily able to get approval to enter Canada. They applied for an eTA visa which is an easy application that was approved within 72 hours. In contrast, the process to apply for a visa from India and Costa Rica has been lengthy, expensive and arduous and has not been successful thus far. The festival has grown so much internationally over the past three installments. This was supposed to be a diverse cultural exchange. But that diversity has been undercut by unfair and discriminatory travel policies targeting certain regions. In addition, the effect of this on these young men's career is devastating. The effect on the festival is devastating as well. With four of our seven headliner guest artists struggling to get into the country, the festival has had to predominantly focus on working to fix the visa situation rather than on promotion and festival development and is now left scrambling to find replacement teachers. Ticket sales have been affected. It is hard to sell an unknown lineup."

This difficulty in obtaining a visitor visa is not an isolated incident. Recently, the Globe and Mail reported on African delegates not being allowed to attend a women's rights conference.
(https://tgam.ca/2ZfnSmm).

With the festival two weeks away, Bondy Immigration Law is filing a third visa application for Guru Suraj Kumar. This time, a petition is being added to the mix. The petition, on change.org, "Let Indian dancer Guru Suraj into Canada so he can pick up an award @ Contact Dance Film Fest" (http://chng.it/c69rNjKWYZ), has garnered over 1000 signatures in under a week.

Ms. Rea continues, "Guru Suraj Kumar is such a well-loved artist around the world. We want to show how much support he has and how esteemed he is. We want to show Canada that the world is watching this unfold."

Biography: Guru Suraj Kumar lives in Chennai, India and is a painter, dancer, theatre artist, yoga trainer and more. He graduated from one of the most established Art Institutions in India – The Government College of Fine Arts, Chennai and has a Master's in the Philosophy of Yoga. He started practicing Contact Dance Improvisation 10 years ago and fell in love with the form. Kumar has taught Contact Dance in Malaysia, Indonesia, Thailand, and UAE and is a teacher and team organizer at the popular Goa Contact festival. Kumar has been instrumental in building the contact scene in India through his group Contact Improv India Organization, which focuses on spreading Contact Improv around India and making it accessible for everybody.

The Contact Dance International Film Festival celebrates films featuring momentum-based dance created by some of the top creators and dancers in the field of Contact Dance Improvisation. It provides a unique opportunity for both film and dance lovers to experience the joy, chaos and intimacy of human connection through physical movement. The Festival runs every two years and is presenting its fourth season in Toronto, June 28 to July 1, 2019. 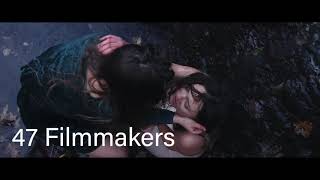