'Wachee' is used exclusively for streaming, bypasses geographical blocks, and is cheaper, faster and more stable than its competitors.

WILMINGTON, DE, August 02, 2019 /24-7PressRelease/ -- Wachee is a game-changing VPN that is used exclusively for streaming and bypasses annoying geo-restrictions. Often referred to as a 'Netflix VPN,' this product is the perfect get-around for viewers frustrated by geographical restrictions; it unblocks streaming websites and fixes proxy errors while also being extremely user-friendly and considerably cheaper than any of its competitors. Wachee is a downloadable Chrome extension.

"Up till now, the problem for viewers has been that Hulu is only available in the US, and BBC iPlayer only in the UK," says company representative Stan Morrison. "Yet Netflix's US library has 57 percent more movies and TV shows than the others. Wachee offers would-be viewers the solution; it's a smart Netflix VPN that supports Hulu and BBC iPlayer as well. Users can now access streaming websites from any location – no longer will they encounter frustrating geographical blocks from Netflix or other streaming services."

VPNs allow users to access geo-blocked content by automatically changing their virtual geographical location. This allows the user to access streaming services from anywhere they happen to be, at home or traveling. But since Netflix bans VPNs by their IP, not every VPN work with Netflix. Wachee works only on streaming websites, having no impact on other sites. Both US and UK streaming sites can be accessed simultaneously in two separate tabs.

Wachee comes with a 10-day free trial and a money-back guarantee, assuring worry-free viewing. Visit wachee.co for more information or to download the VPN and start your unrestricted streaming. 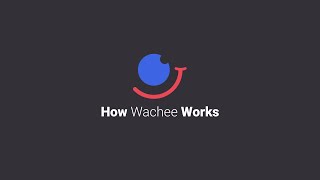