"Why do we scream at each other?" The question Prince asked 35 years ago inspires Los Angeles artists in acoustic neo-soul arrangement that explores lyric's current relevancy to global relationships. Available starting August 16, 2019.

"We wanted to pay homage to Prince and his call for peace through his art".

LOS ANGELES, CA, August 15, 2019 /24-7PressRelease/ -- In the summer of 1984, the world-renowned musician, Prince, released his iconic "Purple Rain" album that would go on to receive multiple awards during his lifetime and beyond. One of the album's signature songs, "When Doves Cry", earned the American Music Award for Favorite Song – Soul/R&B in 1985. Recently, multi-award-winning pianist and composer, Starr Parodi, and former Temptations lead singer, Louis Price were moved by current events to reimagine this preeminent song.

Parodi met Prince while she was playing keyboards in the Arsenio Hall Show house band in the 90s. "When I recently reflected on the lyrics, 'why do we scream at each other," Parodi explained, "the significance of those words hit me like never before. They embody the heartbreak and division of what I'm seeing every day in the news and on social media." Parodi is an award-winning pianist who won an RIAA Gold Record for her popular version of The James Bond Theme. In 2017, she was awarded Best Piano Album-Solo by ZMR International Radio Broadcasters for her work on "The Heart of Frida". Parodi also serves as the President of the Alliance for Women Film Composers.

Louis Price, former Temptations lead singer, had his own take on the lyrics from 1984. "Why did Prince write this song? I feel it's because there was a lot of confusion going on in the world at that time, and it's going on in our world right now." Louis has performed globally on stage and in studio, and can be heard on films including The Lion King, Happy Feet, and Superfly. He has also performed on recordings with Elton John, Carole King, and Mary J. Blige.

Parodi and Louis reimagined "When Doves Cry" in an acoustic neo-soul arrangement that blends Starr's haunting Steinway piano textures and melodies with Louis' vocal depth and heart. Both artists spontaneously performed the song for a benefit audience in Santa Monica, California. "We received such an incredible response," Parodi recalled, "that Louis and I decided we needed to capture the emotion of this new take on 'When Doves Cry'." Louis added, "We got people fussin' at each other all the time, making a lot of noise and creating a lot of pain. The sentiment in this song can really help bring people together."

Central to reimagining "When Doves Cry" is their respect for Prince and his legacy. Parodi said, "We wanted to pay homage to Prince and his call for peace through his art." Louis agreed. "The time to release this new arrangement is now."

The new Starr Parodi and Louis Price collaboration of "When Doves Cry" is currently available for Presave on Spotify, Apple Music, and Deezer. It will be available on Friday, August 16, 2019 to stream/download on these and major digital platforms Amazon and Google Play. 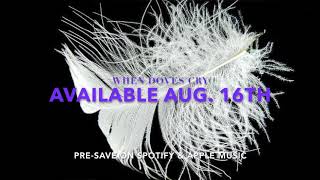