Consumers want a one-stop-shop, and FreeCast believes networks are better off giving them one.

The media companies need to understand that it's far more valuable for them to be a part of a supermarket model and not on their own island.

Among current complaints with online streaming is that there are simply too many apps and services, making it challenging to keep track of content. Recent moves to pull content from third-party VOD services exacerbate each of these problems, potentially jeopardizing the entire strategies.

With the significant cost of creating and promoting their own new streaming services, as well as the lost licensing revenues, Disney, AT&T, Comcast, and others need to develop their direct-to-consumer businesses. But if consumers are confused, frustrated, or priced-out by this increasing fragmentation of the streaming market, they're less likely to participate and their money is taken off of the table.

Spreading content across a dozen different streaming services, each one with its own monthly cost, will only discourage customers from embracing these new offerings. In order for any of them to succeed, each one needs to be easy to access as part of a larger media experience. FreeCast aims to weave these independent streaming services together into a single one-stop-shop for consumers, making that possible.

FreeCast CEO William Mobley described the rationale for the supermarket model in media: "The idea that current Netflix or Amazon Prime subscribers will simply sign up for half a dozen new streaming services because some shows have moved just isn't reality. That's like asking customers to go to ten different stores to buy their groceries every week. It's a huge step backwards from the consumer's perspective, and they're going to reject that. The media companies need to understand that it's far more valuable for them to be a part of a supermarket model and not on their own island." 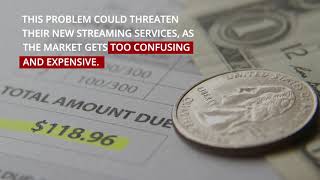