Dovanna, an iconic fashion model of the 1980s, is presented by projected images from her work with photographers Robert Maplethorpe, Pierre & Gilles and Andrew Brucker. Opening attire by Marc Jacobs.

Unusually tall, with exotic features that baffled the ethnic experts, Dovanna's lineage is traced back to multi-ethnic origins in Latvia. Born in Grand Rapids, Michigan, Dovanna is educated at Wellesley College only to run off to the woolly wilds of Studio 54 and the Mudd Club in late 70's gritty New York City. Playing both the uptown and downtown arenas, Dovanna is fascinated by the Halston uptown crew & participates in the nascent art scene of the East Village and was recently interviewed for "Vice/Showtime" on this subject which she called "Earning a Graduate Degree in Nightclubs".

Enter Robert Maplethorpe. A session for Interview Magazine produces one of Robert's quintessential images, "Thomas and Dovanna Dancing". Patti Smith remarks in her book "Just Kids", that Robert was very excited about this image. It was indeed one of his favorites and has been exhibited in the Guggenheim Museum in New York as well as the Hermitage in St. Petersburg. Mapplethorpe's image of Dovanna wearing the most expensive dress of the Parisian 1986 season with Karl Lagerfeld for "Actuel" magazine is featured along with Mapplethorpe's Dovanna holding a perfectly-groomed Shih Tzu dog for modeling agency "The". Dovanna as Ice Princess by Parisian duo Pierre and Gilles follows along with NYC based photographer Andrew Brucker's collaboration with Dovanna on their photographic series "Creepy Killer" with Dovanna wearing Dolce & Gabbana. Dovanna is interviewed by Radio Riga by Anda Busevica to gain insight to her Latvian-American upbringing and influence upon her life as a creative. The interview was broadcast on July 21 "Augstaks par zemi" (Above the Earth) Curators of the exhibit are Daiga Rudzate and Zanete Skarule. This exhibit follows on the 2012 Cesis Art Festival Exhibit "Muse" where Dovanna is featured as a muse for Robert Mapplethorpe, Mario Testino, Josef Astor and Kevin Higgins. Dovanna was also featured in the Parisian exhibit "FAM" at the Galerie Agathe Gaillard in 2018 with the works of photographers, Robert Mapplethorpe, Javier Vallhonrat and Toni Meneguzzo.

All photographs are for educational use only and are directed toward making a contribution to the knowledge of art.

Cesis, Latvia is the partial origin of Dovanna's ancestors where she has re-inherited a lovely 1920s country home, a welcome addition to her portfolio of international real estate knowledge, the core of which is extensive experience in Manhattan residential sales, her specialty being the international buyer. 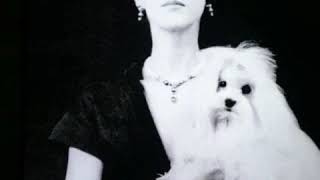