The original sexually transmitted disease carrier registry is back online to give thousands of people a heads up they might not otherwise have after a lengthy legal battle.

The Original STD Registry is back to give you a heads up that you might not otherwise have.

PORTLAND, OR, September 18, 2019 /24-7PressRelease/ -- The original sexually transmitted disease (STD) carrier registry is back online following a long legal battle with the federal government. During that time the owner was prevented from operating the site for several years but still managed to inspire imitators.

In 2008 STDCarriers.com was nationally recognized as the first website dedicated to helping the public expose dangerous individuals with STDs online. By 2012 the site had been visited by millions of people and thousands of them used STDCarriers.com to report those they said were carriers of genital herpes, genital warts, HPV, Hepatitis C, and HIV/AIDS. The site was not without controversy. In 2012 Anderson Cooper arranged a confrontation on his now defunct daytime talk show Anderson between the owner of the site and several women listed on it. Cooper was shocked that the site was legal, blasted the owner, and admitted himself to being "rude" in the process.

"It is amazing to me that that it is legal basically. I mean you can say anything about anybody kind of online and it just kind of exists out there…Now I am starting to feel bad that I was too rude." - Anderson Cooper

At that time, he also operated an identical service for exposing illegal aliens and a month before his arrest then Congressman Joe Crowley targeted the site on Martin Bashir Live. Congressman Crowley clearly had no idea that the website he was targeting was also run by the same person that had just appeared on the Anderson show less than two months before.

"We will be asking the Justice Department to advise us whether or not this violates any federal laws." - Former Rep. Joe Crowley, D. New York

The case of United States v. Sullivan (District of Oregon docket no. 3:13-cr-00064-JGZ) followed. The site remained offline during those proceedings.

While offline STDCarriers.com managed to inspire imitators unintentionally. STDCarriers.com is now back online just as it appeared on June 24, 2012 when the site went down. Fortunately, the site was hosted overseas, and all data was recovered without falling into government hands.

STD Carriers was also known for hosting the largest list of Celebrities with STDs featuring over 100 famous people with incurable STDs. 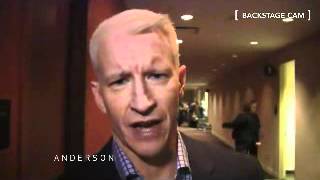 Anderson Cooper, Ashleigh Banfield, and others discuss STDCarriers.com in 2012.