Most manufacturers are employing various technological advancements to make work easier, safer and more productive. Use of IoT and AI is becoming more important [in manufacturing].

BELLEVUE, WA, September 26, 2019 /24-7PressRelease/ -- Acclaimed podcast docu-series, Learn Learn Learn, has premiered its landmark third episode. Not only does the program reach new heights through its timely subject matter and influential host, Henry Halladay, this latest installment also marks the debut of the new Learn Learn Learn website, www.LearnWithHenry.com. Previously, this show was being hosted exclusively by Halladay Engineering at www.HalladayEngineering.com, where it can still be found. However, tuning into the show on the official program website will open many more interesting opportunities for you to learn, experience and hopefully share what you've gained from each episode. The new website is simple and uncluttered by design making it the perfect vehicle to host Learn Learn Learn in the long term. Each episode receives its own page, replete with media player, synopsis, critical analysis (coming soon) and much more.

Due to an overwhelming level of interest, Learn Learn Learn has not only earned its own dedicated website, its most recent episode has also nearly doubled in length compared to its usual running time. Building on the momentum of the first two quarter-hour programs, host Henry Halladay has decided to raise the stakes considerably for this double-episode. The show's producers were certainly up to the task as well, employing a number of new production flourishes, such as an introductory montage, newly licensed music, and far more image content (including video) than in both previous episodes combined.

If Episode One capably set the stage and Episode Two established the tone of Learn Learn Learn, it is Episode Three where the stakes are raised considerably. Dealing with heavier issues, both literally (manufacturing) and figuratively (medical) this installment strives to make everything twice the size it was before. This is no small feat considering the program still feels lean and briskly paced; testament to the power of the material and the quality of the vision and production. Dr. Halladay is grateful that both his websites have enough visitors to warrant all of this additional expansion.

"You never know who's listening," says Halladay, "So each episode must be approached as though there are first-timers in the audience. I give it my all with every installment."

All of the hype, web traffic and positive feedback would mean nothing at all if Halladay Engineering weren't delivering a quality product. With respect to subject matter and program content, Halladay is "delivering the goods" in a big way. Fortunately for everyone in the audience, Learn Learn Learn is a program whose creators demand good source material above all else. Episode Three moves further along into the world of IoT (Internet of Things) and Dr. Halladay speaks candidly about technology as it relates to the industry and medical fields.

"Manufacturing technology has been evolving for many years, but lately it seems that industry has to [evolve] as it tries to compete and gain new customers," states Dr. Halladay in this new episode, "Most manufacturers are employing various technological advancements to make work easier, safer and more productive. Use of [Internet of Things] and [artificial intelligence] is becoming more important in the prediction of potential breakdown in tools, especially robotics… a key element of the manufacturing process."

Henry Halladay has been hosting the serial podcast program, Learn Learn Learn: A Technology Update & Review with Henry Halladay, throughout 2019 and will continue to do so in the early part of 2020. It is a quarterly program whose four audiovisual episodes will feature a general focus on the Internet of Things (IoT) and how it relates to the human experience. Subjects to be reviewed during Learn Learn Learn's four episodes include home security, robotics, automation, tech interaction with humans, integrated workplace and home technology, and perhaps even the growing fear of an Orwellian Nineteen Eighty-Four type situation in our not-too-distant future. A special Q&A (question and answer) audio-only episode will take place after the series concludes in early 2020.

Dr. Halladay's new broadcasting endeavor couldn't come at a more opportune time. The world is constantly changing, and Henry Halladay keeps up with everything he can. His knowledge, theories, opinions and studies can be shared and studied by his Learn Learn Learn audience, which he hopes will grow in leaps and bounds during the podumentary's initial run, and in the years to come.

WHAT IS A PODUMENTARY?

Podcast + Documentary = Podumentary. The podumentary format is a new and groundbreaking style of entertainment and learning. It combines the best elements of radio and visual documentary to create a satisfying whole. The medium's movement into the mainstream is being led by Henry Halladay's Learn Learn Learn, along with a handful of other key podumentaries dealing with a wide range of topics. These are truly the champions and pioneers of this exciting, new genre of "infotainment". 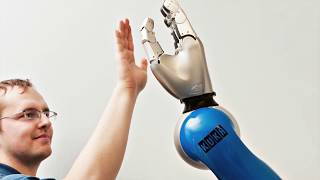