"There's a lot of confusion out there about the differences between a normal eater who is overweight, an emotional eater, and a food addict," said Amanda Leith, program director at SHiFT.

VANCOUVER, BC, November 05, 2019 /24-7PressRelease/ -- Even though the upcoming holiday is focused on eating, one organization is taking steps to encourage understanding of overeating behaviors this Thanksgiving. SHiFT-Recovery by Acorn, a Florida based food dependency treatment organization launched the "SHiFT Your Ideas About Overeating" campaign internationally on Monday to help end the confusion around overeating.

"There's a lot of confusion out there about the differences between a normal eater who is overweight, an emotional eater, and a food addict," said Amanda Leith, program director of SHiFT-Recovery by Acorn. "As an organization, we are committed to helping people understand the differences and making choices that support healthy eating."

Ms. Leith, who once weighed over 300 pounds and has since lost over 140 pounds, attended a SHiFT program more than four years ago to seek help. She was so impressed with the program that she bought the company and rebranded it to include the SHiFT label: Sobriety, Hope, Freedom, and Transformation.

"I struggled with weight problems for most of my life. I tried a plethora of diets, exercise classes, and therapy. The solution, I was told, was either, 'Eat less and exercise more,' or, 'Work on your emotional issues with a good therapist,'" said Ms. Leith. "I did these things over and over and over again. Nothing shifted. For over ten years I regularly saw a therapist that specialized in eating disorders. I joined groups where the focus was on mindful eating and working on emotions that I 'ate over.'"

To help others avoid these pitfalls, Ms. Leith created the "SHiFT Your Ideas About Overeating" campaign in the hopes of increasing understanding about overeating and methods of treatment.

"My mission is to prevent someone from going through the frustration and shame that I did as I tried and failed at each diet," Ms. Leith said. "The only way to do that is through education about the different types of overeaters and treatment options."

The campaign, which launched on the organization's Facebook site Monday, includes four videos. The first is a brief introduction to the three types of overeaters followed by one each about normal eaters, emotional eaters and food addicts.

In addition to the campaign, SHiFT-Recovery by Acorn is also offering a 5-Week Program with a week-long inpatient intensive in Vancouver, B.C., November 22- 27. The remaining 30-Day Aftercare Program is conducted virtually.

April P. from Vancouver attended her first 5-Week SHiFT Program in March. "Since I was a child, I've had problems with food, particularly sweets. I didn't seem to behave the way that other people did; I binged on candy and Flintstone vitamins and Tums, was always taking more than my fair share, seeking and hiding food around the house, and stole from my father's wallet to feed my addiction," she said. "As I grew, my life became smaller. I was over 200 pounds as a young teenager and the emotional pain that I was in was becoming unbearable. I had no self-esteem, constantly looked outside myself for validation, and entertained ideas of self-harm and suicide as a way to make the pain end."

Despite trying countless diets and a Twelve-Step recovery program, April couldn't find relief. She reached a top weight of 265 pounds.

"Thanks to my willingness and the support of my SHiFT buddies, I have released 57 pounds – and that's the smallest miracle," she said. "More importantly, no matter what life throws at me, I can now move through it with a measure of grace that I've never had before. I am in touch with my feelings, able to communicate my needs to others, and am finding satisfaction and validation from within myself for the first time ever. I cannot thank SHiFT enough for giving me the direction that I needed, as well as the space and support in which I could grow."

For more information about the five-week program, the "SHiFT Your Ideas About Overeating" videos, or to take a quiz to determine if you are a food addict, visit the SHiFT website at www.foodaddiction.com. 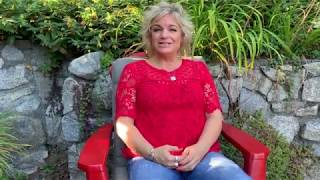