Inspired by Steven Spielberg's remake of the classic movie partially filmed last summer in Paterson, the home of the Wharton Institute's Paterson Music Project, the gala will present a Lifetime Achievement Award to Jamie Bernstein.

Said Jamie Bernstein, "I'm honored to be part of this celebration and know my father would have been thrilled to see the impact of programs such as the Paterson Music Project."

PATERSON, NJ, February 12, 2020 /24-7PressRelease/ -- On Friday, March 6, the Wharton Institute for the Performing Arts will celebrate its successful, life-changing music education programs with a special gala event entitled "West Side Story in Paterson" at the Westmount Country Club in Woodland Park. Jennifer and David S. Stone serve as Honorary Chairs of the event which features performances by students from the Paterson Music Project, the New Jersey Youth Symphony, and the Performing Arts School.

The gala is inspired by Steven Spielberg's remake of the classic movie which was partially filmed last summer in Paterson, the home of the Wharton Institute's Paterson Music Project. The Wharton Institute for the Performing Arts will present its Lifetime Achievement Award to Jamie Bernstein, whose father, Leonard Bernstein, composed "West Side Story's" groundbreaking score. The evening will also feature a welcome by Paterson Mayor André Sayegh.

Author, narrator, and filmmaker Jamie Bernstein has transformed a lifetime of loving music into a career of sharing her knowledge and passion with others. Guests will receive a copy of her memoir, "Famous Father Girl: A Memoir of Growing Up Bernstein," published by HarperCollins. The book, published in 2018, gives a captivating perspective on growing up as a child of the world-acclaimed composer and conductor. An award-winning film director, Jamie also writes articles and poetry which have appeared in a variety of publications from Opera News to Town & Country. Her award-winning film documentary, "Crescendo: the Power of Music," follows children in West Philadelphia and Harlem participating in youth orchestras inspired by Venezuela's El Sistema, a program that uses music to transform the lives of children in underserved communities.

"I'm honored to be part of this grand celebration of music education with the Wharton Institute for the Performing Arts," said Jamie Bernstein. "I know my father would have been thrilled to see the impact of programs such as the Paterson Music Project and the New Jersey Youth Symphony."

Artistic Director and Principal Conductor Helen H. Cha-Pyo looks forward to showing off the talents of the young performers. "Jamie's inspiring documentary 'Crescendo: The Power of Music' was instrumental in fueling the growth of El Sistema-inspired programs throughout the country, including our Paterson Music Project. I hope everyone joins us for this special evening and experiences the transformative power of the music shared by our young musicians. What they have accomplished is awe-inspiring."

"The show 'West Side Story' illustrates what happens as a result of the failure to integrate and empower young people in a constructive way," explained Peter H. Gistelinck, Executive Director of the Wharton Institute for the Performing Arts. "Our mission is to reverse that failure by providing the highest quality performing arts education to students in a very supportive and inclusive environment and we make a huge difference in the communities we serve."

Located in Berkeley Heights, New Providence, and Paterson, the Wharton Institute for the Performing Arts is New Jersey's largest independent nonprofit community arts education organization, serving more than 1,500 students. The 15-ensemble New Jersey Youth Symphony performs throughout Northern New Jersey with a season that offers more than three dozen public concerts. The Paterson Music Project provides after school and weekend experiences for youngsters in the state's second largest school district through the community experience of ensemble learning and playing. This remarkable program not only brings respect and pride to Paterson, it is building self-confidence and fostering academic success for participating student musicians.

For more information and to support the Wharton Institute by celebrating "West Side Story in Paterson," go to www.whartonartsgala.org. Tickets for this event are only $250.00. 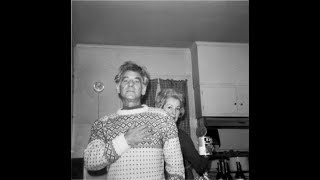 The oldest daughter of revered composer/conductor Leonard Bernstein offers a rare look at her father on the centennial of his birth in a deeply intimate and broadly evocative memoir.