Free screenings of TITLE VII on Employee Appreciation Day serve up the Office Party Not To Be Missed!

Our story is fiction. But millions of 9 to 5-ers wake up dreading the day ahead. That's the beauty of art. Let us show you how much worse it can be!

NEW YORK, NY, February 18, 2020 /24-7PressRelease/ -- An audience favorite when it comes to exposing evil workspaces is taking over #EmployeeAppreciationDay. In the feature film TITILE VII, sex, lies and a fatal decision that gets bloody are all in a day's work. On Friday, March 6, 2020, employees ready to ditch their 9 to 5 can screen the film, with circumstances not much different than their own, for 24 hours online. The free screening comes with an NSFW warning. Audiences describe the film as "chilling," "dystopian" and just "daay-um"!

TITLE VII is a 72-minute drama that follows the unethical and unconventional work culture helmed by CEO Hillary Kelsey (Chicava Honeychild). Hillary is a Black female boss whose rule is to never hire Black employees. One day she slips, and Darryl Montgomery (Fidel Vicioso) joins the firm. During this eight-hour grind, employees of Sanger International practice harassment of every kind like a competitive sport, and then stand on the sidelines as everything their boss has worked for goes down in flames.

"To those who feel unappreciated, and hate their 9 to 5, we're here for you. We're aware of those co-workers with whom you would never share credit, much less the fridge," says filmmaker Nicole Franklin. "Our actors did an amazing job playing very bad people who get what they deserve in the end. Escape your real world, and come into ours."

The film TITLE VII is titled after the 1964 Civil Rights Act of the same name, which banned employment discrimination based on sex, race, color and national origin. Yet in this sordid, fictional tale, all rules are thrown out the top floor c-suite window.

TITLE VII will be available online on Friday, March 6, from midnight to midnight at this link.

TITLE VII
The 72-mnute feature by filmmaker Nicole Franklin had its 2017 debut at The Hollywood Black Film Festival and went on to conduct a multi-city tour. Honors include the HBO sponsored Best Feature nominee at the Martha's Vineyard African American Film Festival, a filmmaker nomination for the St. Louis International Film Festival Emerging Director Award, and winner of Best Actress (Chicava HoneyChild) and Best Actress in a Supporting Role (Celestine Rae) awards from the I See You Awards in Michigan. TITLE VII screened as part of the 2017 Lifetime Achievement Award of the Reel Sisters of the African Diaspora Film Festival for Nicole Franklin.

NICOLE FRANKLIN, EPIPHANY Inc.
Nicole Franklin is an award-winning filmmaker of two features, the recently released TITLE VII, a narrative film on the rarely discussed subject of same-race discrimination in the workplace and her debut film, I Was Made to Love Her: the Double Dutch Documentary. Screenings of TITLE VII on #EmployeeAppreciationDay and #NationalBossDay are becoming a popular must-see nod to those abused and undervalued in the corporate workplace.

Currently directing projects for both stage and screen, Nicole's other credits include the multi-award winning documentary The Double Dutch Divas!, Journeys In Black: the Jamie Foxx Biography, Gershwin & Bess: A Dialogue with Anne Brown, and the award-winning documentary series Little Brother.

Nicole is an Assistant Professor of Television Production at Hofstra University and a member of the Directors Guild, Producers Guild, New York Women in Film & Television, Film Fatales and the Black Documentary Collective. Her work as both a producer and director has appeared on numerous cable and streaming networks including Showtime, BET, IFC, Nickelodeon, Sundance Channel and kweliTV. In news television she has worked on several Emmy Award-winning teams including her current role as a video editor on CBS Sunday Morning. 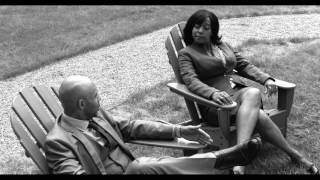 TITLE VII trailer. Thanks for watching!