Free tournament will allow youth of all skills and abilities to face-off virtually and win prizes; Non-profit announces postponement of 2020 St. Paul Gus Macker 3-on-3 Tournament to September 2020

We're mindful that large gatherings are not something we should be encouraging right now...The Virtual H.O.R.S.E. Tournament gives young people the chance to compete for prizes in a fun and unique way

This free tournament will be held online Memorial Day weekend, May 23rd-24th, with final rounds and Championship Play on Monday, May 25th.

H.O.R.S.E is a basketball shooting game where players take turns shooting at the hoop from different locations. If someone makes a shot but the opponent misses, he/she get a letter toward the word 'HORSE'. The last person left standing wins!

Abby Hunt, Director of Special Events and Corporate Relations for Spare Key, said the free tournament is intended to offer some virtual competition for young people of all abilities while continuing to practice safe social distancing.

"This is a double-elimination tournament that will be held online between two players," said Hunt. "We will provide each player with a special link that will go live on Spare Key's Facebook page and allow virtual attendees to follow the action in real-time."

Hunt went on to say that the Virtual H.O.R.S.E. Tournament will only require a total of four people to be involved with the event for each game-set: Someone to hold a smartphone to capture the player's action and the players themselves.

"We're mindful that large gatherings are not something we should be encouraging right now," said Hunt. "It's one of the significant reasons we have postponed our 2020 St. Paul Gus Macker Tournament that was to be held June 19th-20th to September 2020. The Virtual H.O.R.S.E. Tournament gives young people the chance to compete for prizes in a fun and unique way."

While current plans call for a single weekend tournament, Hunt said that Spare Key is open to expanding the tournament depending on the response it receives. If more players than slots available want to register the organization said it will expand its playing schedule and may consider holding a Live H.O.R.S.E. Tournament later in the year when larger crowds can gather for events.

To register for FREE for the Virtual H.O.R.S.E. Tournament and Rules go to: https://www.signupgenius.com/go/virtualh_o_r_s_etournament

Spare Key, www.sparekey.org, was founded in 1997 as a way to help families Bounce and Not Break by assisting them with their financial needs as they deal with a medical crisis. The Spare Key Help Me Bounce platform, www.helpmebounce.org, is a direct giving platform in which the organization can assist families in 41 states avoid adding a financial crisis to the medical crisis they are already facing. 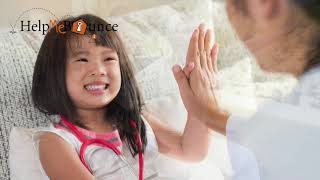