Proceeds raised from downloads, streams and donations are for the benefit First Responder Programs. Available in online stores May 11th.

"THE BRAVEST OF HEROES, GIVING HOPE, CARE AND LOVE."

NASHVILLE, TN, May 11, 2020 /24-7PressRelease/ -- John Heithaus, managing partner of the record label Pure Music Nashville, announced that their team has virtually produced and globally distributed "Ameri-Can", a patriotic and motivational theme song with a call-to-action for all Americans. The song, which drops May 11th, was custom penned by multi-Grammy winner Tom Hambridge.

Heithaus and his co-producer Peter Young of Ultra Audio Productions wanted to create a "trifecta" project to "do something" to celebrate Americans working to help the USA to move forward, engage their fellow musicians and to raise funds for a relevant charity. Heithaus stated: "We selected a charity that provides direct support to essential first responders, the true heroes of today's crisis."

Young added: "Since many musicians can create quality parts from their home studios, we virtually engaged artists in New York, Brazil, Atlanta, Los Angeles, and Nashville and they really delivered." "Knowing that this project was both important and time-sensitive, we are very grateful that our fellow musicians stepped up creatively and donated some or all of their professional fees to the project," said Heithaus.

Follow to the dedicated webpage to download the song and donate to the effort. Fans can stream Ameri-Can at Spotify, Apple Music, Google Play, YouTube, and hear it on Pandora and iHeartRadio.

Proceeds raised from downloads, streams and donations are for the benefit of First Responder support programs. 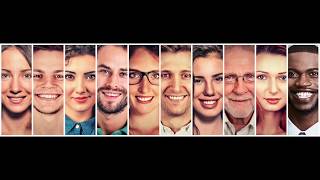