Henry Halladay, Ph.D., PE, prominent Washington engineer and web series host, is releasing the season finale of his acclaimed show today. The lesson includes home automation, blockchain, and more. Be a part of the show everyone will be discussing.

Regarding the recent challenges faced by the world and especially America, I think this episode has taken on a new relevance that nobody had counted on.

BELLEVUE, WA, June 05, 2020 /24-7PressRelease/ -- The world is a very different place right now than it was when the journey of this podumentary episode began so many months ago. The audio was recorded in December 2019 by Dr. Henry Halladay, and the visual production began in earnest during the first weeks of 2020.

Then the coronavirus happened. Like so many things, production was put on hold as everyone involved adjusted to a new normal. Production continued in earnest and powered through the peak of the pandemic, only to come out (what we hope is) the other side with a unique and worthwhile finished product.

Now, Washington and New York (the two production centers of the show) are faced with a new set of domestic challenges, the timing for this home automation-focused episode could end up being more perfect than anyone involved could've guessed. Through COVID and the George Floyd protests, thousands of visitors have continued to flock to www.LearnWithHenry.com, home of the groundbreaking podumentary series, Learn Learn Learn: A Technology Update and Review with Henry Halladay. With three acclaimed episodes already completed, Dr. Halladay is proud to launch the long-awaited season finale today.

This landmark episode will focus on a wide-ranging technology overview, as well as a thorough explanation of Dr. Halladay's own experience living with technology; a subject matter introduced in the very first episode, but now receiving the host's nearly undivided attention. Now, fans of the program (and newcomers alike) will be able to learn the exciting details and brands behind the veritable fortress of automation tech that is Dr. Halladay's home. Additionally, this watershed episode also touches on blockchain and cryptocurrency, linked subjects which Henry may decide to revisit later as the industry dictates.

One of the most interesting things about Learn Learn Learn is its continued relevance. It is a show that never really ends, because technology is a fluid, rapidly changing form. What is cutting edge today will almost always be old news in due time. Fortunately, though, for the audience of this program, its host is so far ahead of the curve with his research and understanding, each episode remains relevant for perhaps longer than it normally would. In other words, Learn Learn Learn is an education that's built to last—and Henry is the perfect teacher.

Dr. Henry Halladay is a highly skilled and respected former Boeing senior engineer. With a BSEE, MSEE and Ph.D., his vast expertise made him an asset to the Boeing Company in the areas of aerospace subsystems, communication systems, satellite components and computer simulations. Prior to the formation of his Halladay Engineering legacy brand, he'd secured four patents and countless awards which can be viewed here.

Dr. Halladay's interest in electrical engineering and technology in general has only increased throughout the course of his career and lifetime, so naturally all of that passion and knowledge has been funneled into the production of each and every carefully crafted episode. Following this very important, first season finale there will be a Q&A podcast; a post-season treat the audience can expect annually. This question-and-answer, audio-only format will allow Dr. Halladay to tackle topics in a much more impromptu fashion than usual. Dr. Halladay and the show's producers feel this looser, more unpredictable environment will provide an exciting backdrop to the show's ongoing themes. As of this writing, Learn Learn Learn has been extended for a second season including four new episodes. Some topics to potentially look forward to in season two are self-driving vehicles, home network vulnerability, robotics and industry 4.0, medical advances, and the technological impact of COVID-19 on homes and businesses.

Dr. Henry Halladay had this to say about today's Episode Four premiere: "I am very excited that this episode is finally going to see the light of day. It is a personal one, as it involves my own home set-up, and I am excited for people to learn more about it for their own information and, especially, their safety."

On the topic of his season finale being delayed several months due to the pandemic, Henry explained, "Regarding the recent challenges faced by the world and especially America, I think this episode has taken on a new relevance that nobody had counted on. COVID-19 alone has certainly given us a lot more to discuss. With quarantine ongoing, people are relying more on technology than ever before. We'll save all of that for season two, though."

For more information on Dr. Henry Halladay and to hear the previous three episodes of Learn Learn Learn, head over to www.HalladayEngineering.com and www.LearnWithHenry.com, respectively. 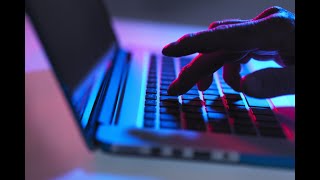