Goon Cartoons, an original comedy animation channel on YouTube, announces the launch of their website and redesign of their YouTube presence, as well as "The June of Goon," a new original animated cartoon for every day for the month of June.

New Goon Cartoons will be released every day in June at 9am (PDT). Viewers can also expect Goon Cartoons behind the scenes videos, storyboard animatics, and animation pencil tests to give the fans a look at how cartoons are made. Also, the Goon Cartoons' artists will be posting behind the scenes drawings in the channel's community tab along will model sheets and other "how to" instructions for making animated cartoons.

Buck Billy, an agitated hillbilly podcaster who lives in a trailer park in the southern Midwest.

Pissed Off Possum, an angry misinformed marsupial who spouts off on things that bother him, which is pretty much everything.

Mr. Pigglesworth, a pathetic little pig who finds himself in the wrong place at the wrong time.

Cosmic Kandi's Like Total EDM Vlog, a twenty-something millennial Raver who podcasts from her bedroom and any EDM club she might be at.

The Devil, a reluctant Lucifer who podcasts because he's tired of getting blamed for all the bad things that happen in the world.

ANIME! ANIME!, featuring the most enthusiastic fan of Anime you'll ever know.

Garry Goth, a teenage goth kid, trying to get along in high school.

The Cletus and Floyd Show, the tale of two hillbilly brothers, one an overbearing alpha male and the other a jittery, paranoid fool.

"Nothing is off limits," says co-creator Frank Forte. "We want the Buck Billy shorts to be funny, timely, and off the wall. Some of them are scripted and some of them are Jesse just doing improv. We use Adobe Animate to animate, so this allows us to create the cartoons fast and YouTube allows us to reach the biggest audience and reach them quickly."

Goon Cartoons is a rising force in the YouTube original content space. With over 157K followers, this channel is poised to introduce new comedic cartoon voices to the masses in the months and years to come.

About Goon Cartoons and Frank Forte

Goon Cartoons is a creator and curator of funny cartoons, animation, and short films. Featuring Buck Billy, The Cletus and Floyd Show, Billy Boy, The Struggle and more, Goon Cartoons is a proud member of Channel Frederator.

Frank Forte is an artist, writer, and director with an extensive film and TV credits list. His fine art has been exhibited across the United States. Inspired by a steady diet of classic cartoons, comics, and horror films, Frank continues to explore the realm of disturbed characters who seem trapped in a nightmarish animated world. His most recent series of Neo-Pop paintings incorporate the reappropriation of figures and images we know from the yesteryear of the animated film, comic books, TV, advertising, and pop culture, as well as introducing Frank's original characters. 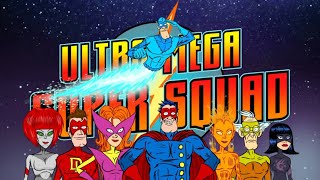