Why Moderates Will Never Confront Extremists —Whether in Business or Politics — According to Best-selling Author, CEO and Executive Coach

Moderate thinkers will most likely express their true feelings with business associates like themselves or in a polling booth to avoid conflict.

Optimal thinkers are equipped with the mindset to best deal with the appalling boss, political rabble-rouser, and the workplace ravaged by covid-19.

LOS ANGELES, CA, July 28, 2020 /24-7PressRelease/ -- One thing Rosalene Glickman, Ph.D. learned after conducting assessments of hundreds of thousands of employees at 6,500 companies at https://www.optimalthinking.com/assess/ is this: moderates are not up to the task of opposing extremists on the job or in the political arena. Optimal Thinkers who don't fear disapproval or rejection have the greatest ability to influence radicals.

Despite the public's commonly held belief to the contrary, Glickman has the research that demonstrates that the average person—who she describes as a mainstream or moderate thinker—is motivated by the need to fit in rather than to affect change.

According to Glickman "This flawed expectation accounts for why those who expect the great majority to stand up to political radicals are disappointed, and why whistle blowers receive little support from fellow employees. Moderate thinkers are empathetic, supportive and seek acceptance. Rocking the boat is uncomfortable for them."

According to extensive data from our 360 assessment "Only Optimal Thinkers can bring out the best from hard-line extremists and minimize the gap between opposing radical ideologies. Optimal thinkers are equipped with the mindset to best deal with the appalling boss, political rabble-rouser, and the workplace ravaged by covid-19." Optimal Thinkers such as Oprah Winfrey, Mahatma Gandhi, Peter Drucker, Nelson Mandela, and Danny Wegman use this mindset to deploy the best means to achieve the best outcomes."

Dr. Rosalene Glickman is the international best-selling author of Optimal Thinking (Wiley seven printings, and in 17 languages) and the Optimal Thinking 360 Online Assessment. Optimal Thinking has been hailed by academia and the media as "the successor to positive thinking" and "the basis of best practices, personal and professional optimization."

Glickman is president of The World Academy of Personal Development Inc., a Los Angeles California optimization coaching and training firm. She is the recipient of the "Woman of the Year" award for National Business Women's Week in Hollywood.

Born in Australia, she lives in Marina del Rey, California. She has earned a Ph.D. in psychology, a teaching diploma and a degree in business administration. 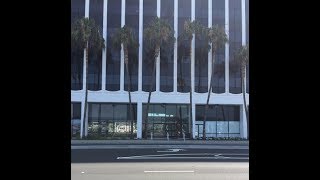