Remydmc after spending every dollar on his new home, his new studio equipment, his car, and many other things his life has come upon, Is now being laid off his full time job at Carnival Cruise Line.

MIAMI, FL, July 31, 2020 /24-7PressRelease/ -- So far, 2020 has been a very tough year; the pandemic, wars, crisis, and injustices pushed our society towards a new reality. It is in times like these that we, as a race, must focus on what is positive in life, and on what is important. In situations like these, real artists unleash their full potential, using their talent to capture a clear and honest picture of our times. It is thanks to artists like Remydmc that we can feel a sense of communion through this challenge. Today, at Planet Singer, we have the great pleasure of listening to his latest release, "Quarantine Season," one of the best Hip-Hop releases of 2020!

Remydmc is a talented rapper, hip-hop artist, singer, and songwriter originally from Miami. His approach to songwriting is raw and direct, as all the big of this genre. Gifted with incredible musicality and taste for melody, Remydmc incorporates catchy harmonies to R&B arrangements, supported by raw and honest lyrics that remind the best releases of the 90s and early 2000s.

"Quarantine Season" is not the typical release; it is an investigation into ourselves. One track for every quarantine week, each one facing a different state of mind, exploring the controversial inner battle every one of us went through while under lockdown. Starting with the surrounding "Useful" and the powerful "Confess" feat talented Bando Perez, we can enjoy the incredible songwriting and production of tracks that go straight to the point.

Remydmc makes no compromises; his rapping mixes perfectly with the more melodic singing part in tracks such as "Balanced Out" and "Momma," showing the versatility of a very mature artist ready for a big step forward in his music career. Week five with "Night Stand" feat talented Tony P, followed by "Gold Digger" on week six close the circle, and it is time to push the repeat button! "Quarantine Season" is a great release, and we can't wait to listen to Remydmc's next full-length release!

Remydmc began his musical career back in 2008. He never really took it seriously until 2017 when he knew music always came back to him with open arms.

Since then, he released his first album "2017 in dade" worked with major artists like Ice Billion Berg, Caskey from Cash money records, and Rich the kid from Quality control.

Being only 24 and not having a "plan B" (just in case this music doesn't work out), Remy put a stop on his music for some time and went back to Sales. After working for Carnival Cruise Line and going back and forth between homes to live in, Remydmc finally buys a home, car, and even makes his OWN studio to now be laid off. His new tape "Quarantine Season" shows new light and blessings of what he has gone through in this period of time, shows how much you can accomplish and strive with a positive attitude.

"Quarantine Season" will be available on all platforms August 5th. 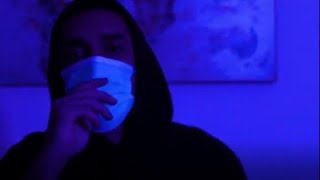