ST. PETERSBURG, FL, August 04, 2020 /24-7PressRelease/ -- Karly Bailey has come a long way since a 1997 brain tumor surgery performed by Dr. Ben Carson (the current U.S. Secretary of Housing and Urban Development) left her with paralysis on her right side. This August, she will begin hosting COWBOY UP, a talk show that will stream on the new ViZuewl Dramatics HDTV global network. With it, she hopes to share her inspiring story in order to encourage others not to give up on their own fights.

In 1995, a seven-year-old Bailey was diagnosed with her first brain tumor, 97 percent of which was successfully removed. When the tumor returned two years later, she was taken to Johns Hopkins Children's Center in Baltimore to seek the expertise of Carson, who was then Director of Pediatric Neurosurgery. During a pre-surgical consult, Carson agreed to the family's wishes to follow a conservative approach and NOT operate near Bailey's brain stem. However, following surgery, Bailey was left with a marked facial droop and right-side paralysis. Despite undergoing months of physical therapy, Ms. Bailey's impairment remained. Additionally, she suffered migraines, memory issues, and a severe vertical nystagmus (a disorder with vertigo-like symptoms). However, the most difficult thing that she endured was the loss of her dreams.

"My life has been riddled with life-changing illness and disaster. These disasters are things that some people live their entire lives without experiencing, but I was forced to deal with them as a child," she reveals. "Additionally, I dealt with my parents' divorce, extreme bullying, numerous surgeries (some experimental), and addiction."

Having served as a spokesperson for the Make-A-Wish Foundation®, Bailey is now eager to do more to help others by sharing what she's learned during her life-long battle. Filmed from her home, COWGIRL UP will be a half-hour show during which she'll provide advice to guests and answer questions sent in by viewers.

"I've had to lean on my sheer willpower more times than I can count," she shares. "I'm hoping to touch as many lives as possible."The inspirational woman plans to follow up her talk show with the release of a book by the same title. The book will be an exclusive tell-all with never before released details about her life and how her experiences have shaped her into the person that she is today.

Launched by DJ Tei1013, ViZuewl Dramatics will be available on Apple TV and Roku devices. Represented by Plugstar Entertainment, Bailey is currently available for interviews and promotional appearances. 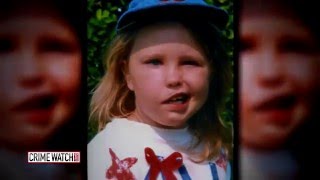