Harris Alterman is a Denver native who has exploded onto the Instagram comedy scene. With people working remotely, many have turned to motivational business gurus such as Gary Vaynerchuk, Grant Cardone or Lewis Howes to motivate them professionally.

DENVER, CO, August 25, 2020 /24-7PressRelease/ -- Alterman explains that if you go "on Instagram, you can find hundreds of these snake-oil salesmen pitching the same 'believe-in-yourself, hard-work, grind, hustle' mantra which will supposedly help you get rich while the true purpose is to get them book deals and speaking gigs."

"Motivational business gurus have run amuck on the internet," says Alterman, "so I created a satirical motivational speaker, the "Business Hacker", to parody these people which has really started to gain traction in the first 3 months of 2020." He has built a fanbase of 30,000 people in just a few months because people are connecting with his message. Alterman says that he wants everyone on Instagram to see his content, laugh, and spread his "gospel."

Alterman has built an entire world of absurdist videos and motivational quote posters in which the "Business Hacker" spews out insane advice like:

• The first step to creating a million dollar business is kidnapping a high-level government official.

• Never take a day off. I missed the birth of my second child cause I was busy selling my first child.

• Don't believe in yourself. If everyone else believes in themselves and you don't, you'll stand out from the pack.

Alterman explains that his "goal is to poke fun at these gurus and shed light on the fact that their words are often empty." He wants people to understand that while these figures present themselves as the only person with the secrets to life, the reality is their ideas are not unique.

When asked how he would describe his comedy, Alterman explained that he "moves around a lot. A lot of comedians get up there and don't move around a lot. I like to use my body to tell jokes. Most of my video work is satirical and I like to point out the ridiculousness of something by satirizing it."

After the pandemic has ended, Alterman says that he would love to perform at "The Comedy Cellar in New York City. It's the mecca of the comedy world and getting to perform there would be a dream."

To learn more about Harris Alterman, visit him online on his Instagram page at http://instagram.com/theharrisalterman or on his website at https://www.harrisalterman.com.

About Harris Alterman: Harris Alterman is a comedian who resides in Denver, CO. He has performed at a number of festivals including The Laughing Skull Comedy Festival, San Francisco Sketchfest, The High Plains Comedy Festival, The Cinder Block Comedy Festival, Beast Village, Cape Fear Comedy Festival, and the well-known show 7 Minutes in Purgatory. Harris is also the creator of the popular "Business Hacker" Instagram page which has exploded onto the scene with over 30,000 followers and growing. His work has been featured in The Guardian, Collegehumor.com, and the front page of Reddit. Harris is also the winner of several stand-up contests including the Sons of Comedy Anarchy Tournament in Colorado Springs and the 2017 New Faces Contest at Comedy Works in Denver, CO. 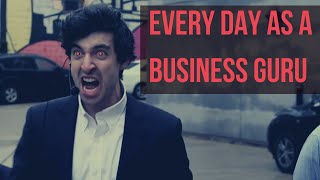