"Meet Sol Jay: One of the underground's best kept secrets. He has been silently putting out bangers and building a buzz for a while now..." - Culness and Art Magazine

After just 6 months of intensive therapies for traumatic brain injury, Sol Jay made a miraculous recovery and launched his album #UNDERGROUNDKINGS in December 2019. This epic undertaking consisted of 16 tracks in collaboration with more than 30 artists and beat producers of the underground rap music community.

Sol Jay premiered his debut music video 'Hot Winter' on September 18, 2020. Hot Winter is shot and directed by the young and talented sibling duo, James Tresco and Joe Salazar. The music video finds Sol Jay reflecting on memories of his summer love throughout the streets, beaches and deserts of Southern California. Hot Winter is an anthem for summer love and the heartbreak that often follows.

As Sol Jay writes and sings about summer heartbreak, he bids farewell to the blistering emotional climate facing young adults in the midst of a pandemic, wildfires, social and racial unrest.

"Hot Winter" music video is available on Sol Jay's YouTube Channel. View it here. It is also available on all digital music platforms including iTunes, Spotify and SoundCloud.

For more information, promo requests, or to arrange an interview, contact Sol Jay Management at [email protected] or go to http://www.bit.ly/soljay-epk

About Sol Jay: Sol Jay is an American born hip-hop artist, songwriter and singer of Filipino, Japanese and Irish descent. He is a San Francisco, California native currently living in Southern Utah. Sol Jay's affinity for music began at age 13 when he was gifted the software Ableton Live. His dedication and passion for music developed into a career when he perfected his signature moody and atmospheric hip-hop / trap songwriting and recording style. 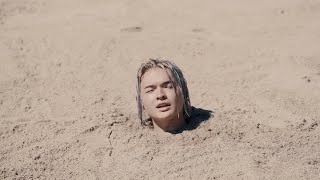