"A gay Christian movie like this just doesn't exist. If this had been out 7 to 10 years ago when I was struggling with my faith and sexuality, it would've really helped me" states Morales.

SAN ANTONIO, TX, September 29, 2020 /24-7PressRelease/ -- Brimo Morales, director of the Indie Film God Loves Chris, announces that the François Chalais Award Winner (Cannes Film Festival) Ricardo Jacques Galé has agreed to be Director of Photography for her film. God Loves Chris is a movie that is relevant and needed for the political climate of 2020. Whereas most films on this subject speak on the dangers of conversion therapy, this film shows the outcome on the other end of that spectrum…affirming love and acceptance. "A gay Christian movie like this just doesn't exist. If this had been out 7 to 10 years ago when I was struggling with my faith and sexuality, it would've really helped me," states Morales.

Instead of the usual tale of churches not accepting the LGBTQ+ community, this story shows the effects of a church that openly accepts and affirms those usually marginalized.

Synopsis:
Chris, a Hispanic young lesbian pianist, has been ostracized from her church and kicked out of her home for being gay. To numb the pain, she spends her time drinking and having one night stands; until one day she meets a lesbian pastor and must question her whole worldview. Does God still love her as she is, or was what she was taught the ultimate truth?

Production:
God Loves Chris is an independent film, currently being produced, written and directed by indie filmmaker Brimo Morales. Local production company Mutt Productions has also signed on to shoot the project. Early pre-production has begun and shooting is expected to take place between December 2020 and February 2021.

God Loves Chris will be filmed on location here in San Antonio, Texas, as it is important to Brimo for the movie to take place in her hometown. For Morales, it wasn't just important to showcase the LGBT community's actual local gathering places, but also to showcase how progressive her city in central Texas has become.

Production Team (Highlights):
God Loves Chris is director Brimo Morales' first feature film, but she has made some award winning short films recognized at Los Angeles Cinefest and the AMFAA film festival. Director of Photography Ricardo Jacques Galé has won the François Chalais Award at the Cannes Film Festival for his work on "West Beirut" as well as The International Critics Award at the Toronto Film Festival. He's previously won the Best Cinematography award for "Touching Home" at the Toronto Film Festival as well. Executive producer Aaron Lee Lopez has produced 22 titles and won the Audience Award for Best Narrative Feature at the San Antonio Film Festival.

The film is currently in the fundraising stage of pre-production and has a Gofundme set up which can be seen here: https://gf.me/u/yq89dz 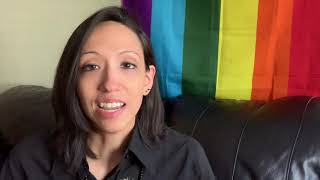 Description of the movie.