EP earns nearly 5 million plays on SoundCloud and is gaining momentum on Spotify, Apple Music and many more streaming channels.

Winning the Silver Award for USA Female Single of the Year was a blessing and the Grammy Ballot news made it even sweeter. I'm booked through 2020/21 to connect with my fans old and new!

NASHVILLE, TN, October 05, 2020 /24-7PressRelease/ -- It's 9:15 am on a Sunday in the middle of the first long leg of a 75+ US city solo tour for musician Rhonda Funk. A text message buzzes way too loudly on the iPhone resting on the hotel bedside table. It's a note from her record label's head that says: "GM and CONGRATS, we are happy to confirm that "Ain't Your Momma" is on the Ballot for a Grammy Nomination for Best Americana Album!" Says she: "I had hoped for this moment for so long, it almost didn't seem real when it actually happened. My next reaction was to FaceTime my parents to share the news ... and they were very proud to be the first to know as they are strong supporters of my music career."

"Ain't Your Momma" is Funk's fourth and most successful album to date. Produced by the team of John L. Heithaus and Peter Young for the Pure Music Nashville label, it was primarily tracked in January at White Rock Studios with assistance from our creative consultant - and world class bassist and touring pro - David Santos (Billy Joel, Melissa Etheridge, CSN.)

Funk continues: "We've all been impacted by the Pandemic and, naturally, it's been a very challenging road for me this year. Just as we completed the EP, I decided to actively tour and perform within proper safety guidelines. Audiences have been so happy to see live entertainment and it's been so good for my soul to perform and share my stories. And then comes being named the 2020 ISSA Silver Award Winner for USA Female Single of the Year which was a blessing and the news of making it on the Grammy Ballot made it sweeter. I'm booked to tour through 2021 on the "Ain't Your Momma" Tour to connect with my fans to share music for all to enjoy!"

Heithaus added "It was a labor of love to handpick five songs from Rhonda's recent library of over 100 and we could not have been more pleased with the outcome. Her strong and warm voice, powerful songs and heartfelt lyrics resulted in a truly authentic and Americana vibe. And along with our PMN House Band, David's (Santos) contributions on arrangements and backing vocals really made this album special. We hope everyone loves it at least half as much as we do!"

Founded in 2016, Pure Music | Nashville is a multimedia production, marketing and distribution company dedicated to Bluegrass and Americana music and artists who love to perform and produce content for audiences around the globe. Founded by Managing Partners, Luke Bulla and John Heithaus, Pure Music Nashville works with both well-established and emerging artists from concept to launch on their musical, entertainment and educational endeavors. Pure Music Nashville is proud to be a member of the National Academy of Recording Arts and Sciences (NARAS), the Grammy Foundation, Americana Music Association, NSAI, ASCAP and various local/regional/national/global charitable initiatives.

2020 ISSA Silver Award Winner for USA Female Single of the Year for her song "Someday", and ISSA nominee for USA Female Songwriter of the Year and Female Vocalist of the year, Rhonda Funk has just released her first EP under the Pure Music Nashville label with a powerful six-pack called "Ain't Your Momma". In the summer of 2018, just one and a half years after surviving brain surgery for an aneurysm, Rhonda packed what she could into her car on her birthday and moved from Central Oregon to Nashville, Tennessee to pursue her dream of being a professional songwriter. There she has found herself writing with hit songwriters such as Wood Newton, Billy Lee, and Blue Foley. She's been featured in several songwriter rounds and showcases such as Nashville Rising Star, Rise 615, Radio Sobro showcases, and recently was given the opportunity to host Lines & Rhymes, a new breakthrough crowd songwriting experience at the popular 3rd and Lindsley. In the fall of 2019, she landed her first cut, a Christmas duet titled "Holiday With You" co-written with Corey Lee Barker and Clare Cunningham, which was recorded by country icon T. Graham Brown and Claudette King (daughter of blues legend BB King). One of her songs "Too Close To Home" was featured on an episode of This American Life (December, 2019, titled Too Close To Home). 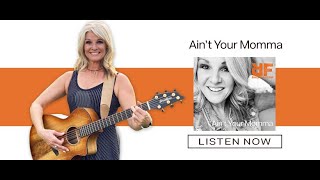