Attorney Navid Kohan has been proudly serving residents of the greater Los Angeles and San Fernando Valley areas for over 10 years, helping the community eliminate debts via Bankruptcy and assisting injured victims in personal injury matters.

LOS ANGELES, CA, October 14, 2020 /24-7PressRelease/ -- The American Registry has confirmed that Los Angeles bankruptcy attorney and personal injury attorney, Navid Kohan, has achieved national recognition and awarded America's Most Honored Lawyers. This award is achieved by the Top 5% American Lawyers, being recognized for their continuous professional conduct and accomplishments. In addition, Navid Kohan was awarded Top Rated Lawyer for 2020, an award and recognition by The Legal Community and Avvo.

Law Offices of Navid Kohan, APLC was founded in 2010 and has been proudly serving the community for 10 years. During this past decade, attorney Kohan has had the honor and privilege to work with thousands of local Los Angeles residents and business owners. The firm has represented thousands of Los Angeles consumers and business owners, educating them about their finances and debts, alleviating financial burdens that have negatively affected them and their families.

In some instances, debt settlement options are available to get a business owner or consumer back on track. However, at times, the better way to eliminate debts and obtain financial freedom is by implementing Federal Bankruptcy Law and filing Bankruptcy. There are different bankruptcy chapters available, so many consumers and business owners work with Attorney Kohan to determine which option and route to take. The firm is one of few firms that has affordable bankruptcy programs, offering lower cost Chapter 7 Bankruptcy programs to help and assist consumers get eliminate debts.

Additionally, Attorney Kohan has been recognized as a Top Rated Lawyer in 2020 by the legal community for his legal work. The firm has represented thousands of Personal Injury victims and Bankruptcy clients, recovering millions for injured victims. The firm is known for its hands on approach, allowing clients to be directly involved, step by step, during their injury case.

Law Offices Navid Kohan, APLC is located at 5535 Balboa Blvd., Suite 228, Encino, CA 91316. The firm was established in 2010 and has proudly served Los Angeles residents for over a decade. 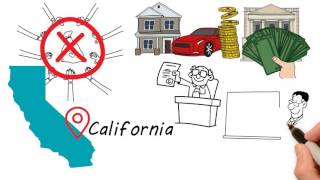