With 10 million views on TikTok, GiGi Vega is nominated for a HMMA award for her Song "Mistletoe Kiss"

LOS ANGELES, CA, November 16, 2020 /24-7PressRelease/ -- "Mistletoe Kiss" by GiGi Vega, is one of the latest songs to go viral on TikTok with 10 million video views. The song hit the radio waves in Mid-November, climbing to #32 on the Adult Contemporary Charts and top 5 of the iTunes Dance Charts. Now she finds herself as a nominee for the Hollywood Music in Media Awards.

GiGi Vega wrote Mistletoe Kiss when she lived in New England, and co-produced it across the country with LA producer and former American Idol Hungary judge, Miklos Malek. GiGi and Miklos really clicked.

"Producing Mistletoe Kiss with Gigi was fun because she had a clear vision for her song that happened to be pretty awesome", says Miklos Malek, "It is definitely pretty special since it's a Christmas song that makes you want to dance uncontrollably!"

According to GiGi "Miklos is all about the music. Very knowledgeable in music theory. I learned a lot from him and we had a blast."

The song made a film debut in the Netflix movie, "The App that Stole Christmas", written and produced by the CEO's of GiGi's music label, BreakOut Music and is slated to be included in another BreakOut Music holiday movie in 2021, "The Drone that Saved Christmas".

"It is such an honor to be included on the "The App that Stole Christmas" Soundtrack." says GiGi "Many of the songs on the soundtrack were written by fellow HMMA nominee, JayQ The Legend."

According to JayQ The Legend, "Mistletoe Kiss is the perfect song to round out my mixtape", it brings a pop urban vibe to my afrobeat holiday jams."

"I have written many Christmas songs, and hope those will get to the big screen as well." says GiGi. "Thank you again, to Brent Harvey and the HMMA team for supporting music in media and independent artists."

GiGi Vega's music video for Mistletoe Kiss is essentially a girls day out that goes wrong. Lots of dancing and lots of fun. Gigi is an accomplished dancer, and has won many music video awards. In Mistletoe Kiss, she teamed up with famed music video choreographer, Chuck Maldonado (Dream Girls, Chris Brown, Janet Jackson, Step Up), music video producer Julio Mata Jr. and director Sara Lacombe You can watch it here: https://www.youtube.com/watch?v=G39jJCIiAN0 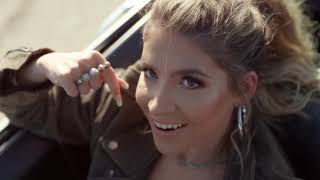