Bridging the gap between music and sports

Rappers & Ballers Podcast bridges the gap between music and sports.

LOS ANGELES, CA, November 23, 2020 /24-7PressRelease/ -- In case you are not familiar, Rappers & Ballers Podcast is a worldwide distributed digital video and audio podcast discussing the latest and greatest of hip-hop and sports culture. Each episode is an animated and opinionated conversational interview about both topics at large.

His co-host and co-producer JONNY VULGAR, an emerging artist from Long Island, NY who originally gained attention as 1/2 of the rap group BFAM (Brotha From Another Motha). Now pushing his solo career, he is focused putting L.I back on the map and carrying on the tradition of great Puerto Rican rappers. https://www.instagram.com/jonnyvulgar/

Together they created Rappers & Ballers Podcast to bridge the gap between music and sports allowing the latest and legendary public figures from both cultures to be comfortable expressing themselves in a genuine and lighthearted way. Some of their guests include the likes of Zab Judah, Van Lathan, Peter Gunz, and Goodie Mob just to name a few. 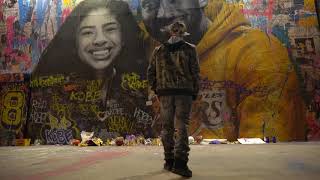