The Release Commemorates the 15th Anniversary of Their First Album, Playing the Market

The tracks curated for the new album reflect even further experimentation. The CD cover art was selected to match the tone of their music, and it is probably the best pairing I have ever seen.

MINNEAPOLIS, MN, January 28, 2021 /24-7PressRelease/ -- This year is the 15th anniversary of the first album released by the experimental music collective Emerald Suspension. Their first album, Playing the Market, was released in 2006 and features audio compositions based on patterns found in the stock market and in economic data. To commemorate the milestone, they are releasing a new album, titled Less Than or Equal To 15 which features a sampling of 15 of their tracks from the past 15 years, including five tracks that have not been released previously. The album includes selections from their four prior CD's; Playing the Market, Divination, Eruptions, and Ashfall. The additional new tracks range from a rare early demo (circa 2005), to songs only recently completed specifically for the album. The release date for Less Than or Equal To 15 is 02/21/2021.

"The CD format of Less Than or Equal To 15 also includes five amazing drawings by the artist Matas Martinaitis," notes album producer Troy Curtis, "The CD cover art was selected by the group to match the tone of their music, and it is probably the best pairing I have ever seen."

In addition to the Less Than or Equal To 15 album, Emerald Suspension is recognizing the anniversary of their first release by promoting a special edition of the Playing the Market CD and a limited-edition box set of all of the CD's they have released over the past 15 years. Each special release will be bundled with their new booklet that tells the story about the group before they recorded their first album. The booklet, titled "Before There Was Sound: Stock Market Graffiti," unveils their fabled conceptual art project which also provided the inspiration for their first album.

"The Playing the Market album is more than an exercise in algorithmic music," notes Curtis. "Emerald Suspension arranged compositions to convey specific moods or ideas while also directly translating financial data into sound. The tracks curated for the Less Than or Equal To 15 album reflect even further experimentation as they developed new concepts, instruments, and genre combinations with each release."

Since 2005, Emerald Suspension has been producing unconventional music and audio projects that include a range of electronic, industrial, experimental, drone, darkwave, noise, ambient, IDM, algorithmic, and other esoteric music categories, all frequently blended with other genres. They have released five albums and two singles over the past 15 years. More information about Emerald Suspension can be found at https://www.EmeraldSuspension.com/About.

The music by Emerald Suspension is available on Amazon, Apple Music, Spotify, and other music download and streaming services. Their physical CDs can also be ordered directly from their website at https://www.EmeraldSuspension.com/Listen. 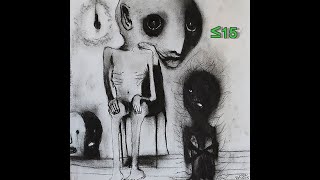