Love is Love from the 19th Century: Lessons For Today From International Bestselling Author Naomi Wolf

From New York Times bestselling author Naomi Wolf, Outrages explores the history of state-sponsored censorship and violations of personal freedoms through the inspiring, forgotten story of one writer's refusal to stay silenced.

"[A] long-overdue literary investigation into censorship and the life of a tormented trailblazer, a prescient father of the modern gay rights movement." —Oprah Magazine

NEW YORK, NY, March 02, 2021 /24-7PressRelease/ -- Released for the first time in North America on October 9, Outrages (newly updated and expanded) chronicles the struggles and eventual triumph of John Addington Symonds, a Victorian-era poet, biographer, and critic who penned what became a foundational text on our modern understanding of human sexual orientation and LGBTQ+ legal rights, despite writing at a time when anything interpreted as homoerotic could be used as evidence in trials leading to harsh sentences under British law.

Wolf's book is extremely relevant today for what it has to say about the vital importance of freedom of speech and the courageous roles of publishers and booksellers in an era of growing calls for censorship and ever-escalating state violations of privacy. At a time when the American Library Association, the Guardian, and other observers document national and global efforts from censoring LGBTQ+ voices in libraries to using anti-trans and homophobic sentiments cynically to win elections, the story of how such hateful efforts evolved from the past, to reach down to us now, is more important than ever.

Drawing on the work of a range of scholars of censorship and of LGBTQ+ legal history, Wolf depicts how state censorship, and state prosecution of same-sex sexuality, played out—decades before the infamous trial of Oscar Wilde—shadowing the lives of people who risked in ever-changing, targeted ways scrutiny by the criminal justice system. She shows how legal persecutions of writers, and of men who loved men affected Symonds and his contemporaries, all the while, Walt Whitman's Leaves of Grass was illicitly crossing the Atlantic and finding its way into the hands of readers who reveled in the American poet's celebration of freedom, democracy, and unfettered love.

Inspired by Whitman, Symonds kept trying, stubbornly, to find a way to express his message—that love and sex between men were not "morbid" and deviant, but natural and even ennobling. He wrote a strikingly honest secret memoir written in code to embed hidden messages—which he embargoed for a generation after his death—and wrote the essay A Problem in Modern Ethics that was secretly shared in his lifetime and is now rightfully understood as one of the first gay rights manifestos in the English language.

Equal parts insightful historical critique and page-turning literary detective story, Wolf's Outrages is above all an uplifting testament to the triumph of romantic love.

Naomi Wolf's most recent books include the New York Times best sellers Vagina, Give Me Liberty, and The End of America, as well as the landmark best seller The Beauty Myth. She completed a doctorate in English Language and Literature from the University of Oxford in 2015 and has taught at The George Washington University and Sony Brook University. Wolf lives in New York City. 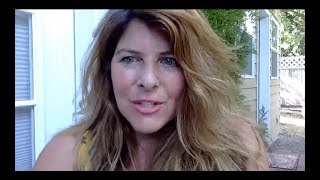