Luminiel was created by using the previously obtained clinical results in the beauty field. And, with passing CB test and acquiring certifications like CE, FDA, and KC, it helps reduce wrinkles around the eyes and whitening. It has secured reliability in terms of being a clinically-based high-tech company product in the medical field, and has improved side effects and discomfort when using existing LED masks such as ocular conjunctivitis and melasma.

One of the notable points is that it was selected as an innovative SME TV commercial support project by KOBACO in recognition of its competitiveness such as sufficient optical energy based on clinical trials on topical areas and wireless method. Link Optics will receive fund of up to 10.5 billion won for TV commercial to air on channels like KBS and MBC for three years.

CEO Yongwon Choi said, "I would like to introduce the excellence of optical convergence medical technology by introducing Kim Sung-kyung LED patch, which is directly produced by a clinical-based medical company in Korea and abroad."

Designated as the government's high-tech company (anti-aging solution using optical fiber-No. 145), Link Optics is a medical device specialist that was established in 2004 and received the Presidential Citation and Prime Minister's Award, and MSIT Minister's Award, along with 124 patents. As a leading company in the optical convergence medical field, the company is conducting clinical trial for five major diseases such as bedsores at five general hospitals including Dankook University Hospital (on 280 subjects).

Established in 2004, Linkoptics is a leading company in the field of optical convergence, mainly producing medical and beauty devices (Luminiel). In 2018, it has received Minister's award for being an outstanding SME, and possesses 98 intellectual property rights including international patent (PCT) in the optical convergence area. 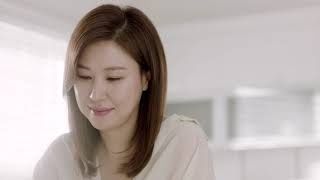