The #GoPongo formula and platform seeks to integrate a business system which connects content creators to a steady stream of residual revenue, thus, a creator can make a living from a population of 6,000 to worldwide circulation.

ETNA, CA, April 03, 2021 /24-7PressRelease/ -- Daniel Webster is inviting 21 corporations to join the Pongo launch engine to found a new communications network. Today he released his plan publicly in his new book "#GoPongo -- Launching the World's Largest Communications Network Connecting Every Device for Every Person in Every Language Everywhere on Earth" on Amazon and at bookstores worldwide.

"There is no digital solution for a successful local news service. If there was, thousands of local newspapers would not close down. They would change over to the digital solution and continue to operate," Webster said. "The solution is to build a complete digital system which allows a local news service to successfully operate, making enough revenue to continue to deliver local news to a local community at a profit. Saving the free press and community news organizations will also save the internet."

Webster confronts the current news dilemma in his new book and offers his solution. Current monetization formulas and platforms are focused on a massive number of viewers to create a revenue stream to support an individual's work product, according to Webster. Pongo will be a solution for local and worldwide news, online education, internet radio, online influencers, political campaigns, religious institutions, to name a few.

The Pongo formula and platform seeks to integrate a business system which connects content creators to a steady stream of residual revenue, thus, a creator can make a living from a population of 6,000 to worldwide circulation. Webster's #GoPongo book explains in simple terms how his patent pending formula and business system works.

Webster is a small town news publisher in Northern California. Pongo is the digital replacement for his newspaper, seeking to save the newspaper industry worldwide and the internet in the process.

"We need to hit a massive reset button on the internet. We can't do this with legislation and new laws. We must hit reset with a new, viable online business solution," Webster said. "Various income streams from a newspaper print edition business formula are not available online. Pongo creates a platform which harvests revenue from the different income streams which are needed to fund a local and worldwide news operation. In doing such, we save the internet."

Webster is launching Pongo through a series of videos on his @danielwebster Twitter account and #GoPongo book on Amazon. The ebook is priced at 99 cents to download.

"Will you throw Pongo a bone and download my 99 cent ebook to help me get the word out?" asks Webster. "Yes, Pongo is a talking dog. You'll discover that in my book."

Pongo is the World's Largest Communications Network Connecting Every Device for Every Person in Every Language Everywhere on Earth. For Pongo to launch, Daniel Webster must bring together 21 of the biggest, most powerful companies and entities which have already created all of the pieces and parts to build Pongo. To get the word out to the heads of these corporate families and entities, he is creating a series of videos on his Twitter account @danielwebster and writing a book, #GoPongo. Thus, this book is Webster's crowdsourcing project. Unlike other crowdsourcing projects, he don't need cash from those of you in the crowd, he needs to connect with the heads of 21 companies and entities. Pongo is a startup technology company. Daniel Webster is Pongo's Parent. 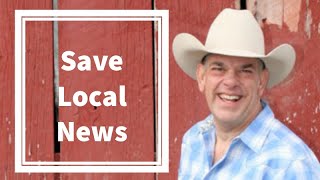