The new indie production studio, Noirtainment founded in 2019 by writer/director Miranda Spigener-Sapon, has been busy during these pandemic times and is pleased to announce their latest endeavors growing in the industry.

Miranda adds, "My manager rings me in the middle of the lockdown with a proposal, he said, 'let's utilize the virtual production technology that you have created and that is when Haisley was born."

LOS ANGELES, CA, April 22, 2021 /24-7PressRelease/ -- Noirtainment, like most production companies, took a definite hit during the pandemic/lockdown of Covid-19, but that didn't stop its founder, President of Production and writer/director Miranda Spigener-Sapon, from finding a way and a light in the darkness, and by the way, "Finding a Light in the Darkness" is the Noirtainment motto.

"When the pandemic hit and we were put on stay at home orders, my team and I were inspired to find ways to pivot our business while staying productive…it was devastating that not only our new series pilot production was put on hold, but also my directorial debut in the feature Lifelines, was delayed as it's Cannes Director's Fortnight screening was canceled, and it's limited theatrical plus release had to be rescheduled; however, it opened us up to get creative on our next steps," states Spigener-Sapon.

Creative is what they are. The Lifelines feature film got a new release for Winter 2021. This film, a neo-noir psychological drama about mental illness, will be Miranda's narrative feature film debut as a director. Then when production started to open back up in October 2020, they were able to pull together a small, efficient crew to lens the pilot of the halted sci-fi series and even filmed second unit footage using technology and remote cameras. The last thing they put in place came from a phone call with Spigener-Sapons's literary management team at M3. Noirtainment launched their podcast and audio drama division that includes distribution deals with Apple Podcasts, Spotify, Audible, Amazon Music and iHeartRadio. Their first audio project, Inspire Change with Gunter, is now in its third season and has surpassed over 1 million downloads globally. The next project is an audio-drama original co-production of Gunter Swoboda's upcoming Mountains of the Sea novel from Winterwolf Press.

Miranda adds, "So, my manager rings me in the middle of the lockdown with a proposal"…he said, 'let's utilize the virtual production technology that you have acquired and created, and in co-production with M3's production division let's take a stab at creating our first animated series… "We had just added long-time colleague DeVonna Prinzi as our Director of Creative Affairs and so we had a little powwow about it and that is when Haisley, our first mixed-media project, was born."

DeVonna Prinzi joined the Noirtainment team as Director of Creative Affairs in early 2020. Educated in film and acting at The University of Tampa. She is known for her stellar performances in 3 of Miranda Spigener-Sapon's early films: True, a Paris/L'Entrepot Cinema screened short film as Narrator, Eat Art, a PBS series as Field Reporter, and Copy Café a thought-provoking film where she landed the lead. Prinzi has coordinated and produced several major events and festivals as well as worked as a promoter. Her breadth as a creator can be seen in her dynamic body of work, for example in her film "Yellow Belt", where she shows that even when things are severely difficult there are uplifting solutions to be had through exploring the advantages of martial arts training for students with behavioral disorders. DeVonna is a highly motivated, conscientious and tenacious individual with the innovation as a creator that secured her current position at The Kaizen Tropical Wellness Institute as an Executive Producer of the upcoming documentary series that will be also co-produced with Noirtainment.

Miranda is a showrunner and multiple-award winning writer/director. A graduate of UT/Austin with a BFA in Film/Television, Miranda's student short True was purchased and screened by L'Entrepôt Cinema in Paris, France (1997). She later directed an art magazine episode for the show Eat Art on PBS. In 2001, she Executive Produced/Wrote/Directed Marisa Romanov, a short that debuted that year at the International Venice Film Festival Official Shorts Selection and received Audience Choice. The short also screened that year at Berlin Film Festival in the Alternate Selection. Spigener-Sapon's play The Flame, in which she directed in 1997, received praised by The Village Voice during it's Off-Broadway run at the former Bleecker Street Theatre in NYC and also by The Houston Press at the NY Deli Theatre in Houston, Texas. Later, in 2017, Miranda directed the 20th anniversary short-run of The Flame in Los Angeles, gaining praise from The Los Angeles Times and several blogger influencers. Miranda has produced and directed a number of local, regional and national commercial spots for television as well as documentary projects as a producer at Discovery Networks that included Walk On, about equine/hippotherapy for the disabled. In 2018, Miranda directed the stage adaptation of her WCOP award-winning, time-travel/sci-fi/romance short story, Coffee with John, which received a glowing mention in The Los Angeles Times and Broadway World. Miranda directed the documentary feature Masculinity That Inspires Change created by Gunter Swoboda for Amazon. In Addition to her work in TV/film/theatre, Miranda was signed by Winterwolf Press to write a 4-book prequel series to her Marisa Romanov TV series project that is development. The first novel, Charles: A Marisa Romanov Story, to debut later in 2021. She also produces a nationally syndicated podcast on iHeartRadio, Audible, Spotify and Apple that is in its third season: Inspire Change with Gunter. Most recently, Miranda currently lives in Los Angeles with her husband Felipe and their two fur-baby cats Duchess and Joshie.

Noirtainment is a WGA/SAG signatory independent production company based in Los Angeles and is about to open a state-of-the-art soundstage and production studio in Houston, Texas. that creates projects that find the light in the darkness and have a noir aesthetic. Plans for the opening of the Noirtainment soundstage will be in 2022. 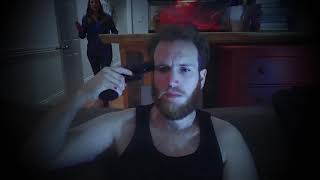