New single and music video in the depth of a pandemic brings an uplifting to our "Paradox."

MINNEAPOLIS, MN, April 23, 2021 /24-7PressRelease/ -- On April 7, AntonioDarris released his latest single, "Paradox", which sonically samples "Knee Deep" by Funkadelic, where he sings and raps over the spring/summer bop-ready instrumentation. April 16th, he bounced back with the official video to the accompanying single and the whole block couldn't be happier (and hungrier)!

"I threw a block party! Had the food and music for everyone. I had to feed my people and we really enjoyed filming this music video," Antonio said about his latest visuals.

As Antonio Darris walks into work, his boss informs him that he must let him go due COVID-19 pandemic. As he leaves his former job, that's when he realizes that a new paradox of life has set in. With little idea of how to move on from being laid-off and no unemployment relief qualifications, Antonio decides party, cook, and eat his troubles away.

"This is a jam! Gives me DJ Quik/Suga Free vibes," said a YouTube fan, Shooter. Gloria also chimed with, "Love your message...makes me wanna bust a move!"

Antonio is making his own contemporary entrance with the socially conscious, political, and racially informative music that he's been consistently releasing. With the lane he's forging for himself, there is plenty of context for content to be used as inspiration. AntonioDarris released his political powered track "The Change of 2 Americas" at the tail-end of 2020, which was widely met with positive feedback. 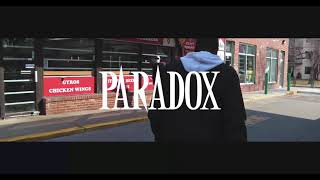